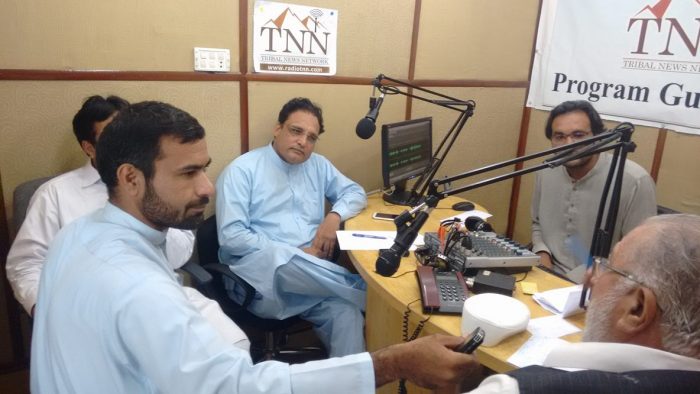 PESHAWAR: The people of FATA  have different views on the possible merger of FATA with Khyber Pakhtunkhwa (KP). Bahadur Khan, a resident of Shalobar area of Khyber Agency says, “amendments should be made in the Frontier Crimes Regulation (FCR) law to ensure the people can exercise their rights. A complete abolishment of the FCR will not be a bad idea. The tribal people should  be given the right to appeal.”

Muhammad Hayat Khan,  from Kurram Agency, says FATA should be merged with KP. He says while a council exists in Gilgit-Baltistan, it is not powerful enough and remains a victim of tug-of-war among the power centres. He said the FATA Council will also be ineffective.

Zahid Turi of Parachinar wants a complete abolishment of the FCR and a merger between the two regions “FATA  shares its borders with Afghanistan. This is the main cause of poor law and order.

A merger with KP will improve the security situation in FATA,” he said. Wazir Gul from Orakzai Agency is of the view that FATA is a beautiful region of the country that should be given the status of a province and all facilities should be provided to its people.

Abdullah Malik, a resident of Mohmand Agency, says, “Under Article 247, people of FATA  cannot approach the Supreme Court or register a case against the political agent. Tribal people do not have rights until these articles are not removed from the Constitution.” 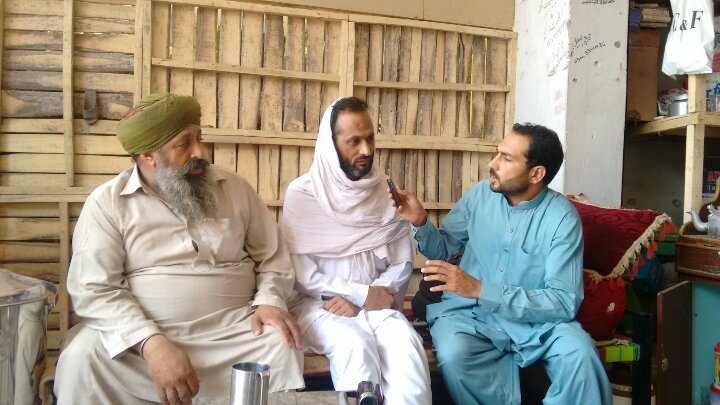 “people of FATA  should also have right to elect members of the national and provincial assemblies from their tribal areas. The region will only prosper once proper laws are put in place. This can only happen when FATA gets its own council,” he added. Another resident of Mohmand Agency, Ghulam Hussain Mohib says whether FATA is given the status of a province or  merged with KP, its existing system should be changed so problems faced by residents can be addressed.

On the other hand, Gul Azam of North Waziristan Agency supports a merger between FATA and KP because of similarity in the traditions and cultures of the people.

The FATA Political Alliance and FATA Grand Alliance are the two major groups which have been very active to achieve consensus on the reforms process. 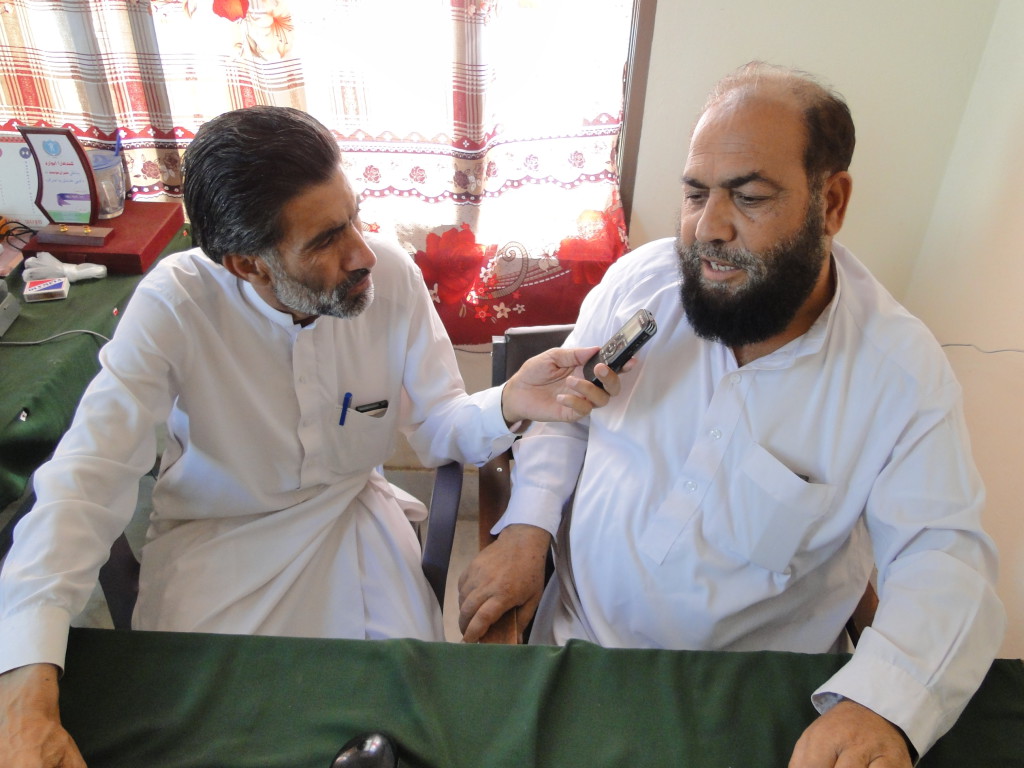 TNN: Why does the FATA Political Alliance insist on merging FATA  with KP?

Nisar Mohmand: We have very valid arguments in favour of the merger. We share the same culture and traditions. We speak the same language. Every tribal agency opens in Khyber Pakhtunkhwa.

The people of Bajaur go to Dir and Timergara for shopping and jobs, the people of Mohmand Agency prefer going to Shabqadar instead of going to Bajaur, Khyber Agency opens in Peshawar, Orakzai Agency is connected with Hangu and Waziristan region opens up in Bannu and Dera Ismail Khan. Our cultural and geographical ties are very strong. This merger will create a larger Pashto-speaking province in the country.

TNN: Honourable Khan Marjan Sahib, if the merger  will  create a  large Pakhtun unit,  why are you opposed to this proposition?

Malik Khan Marjan: People must not forget that Founder of the Nation Quaid-e-Azam Muhammad Ali Jinnah stated at the time of formation of interim government 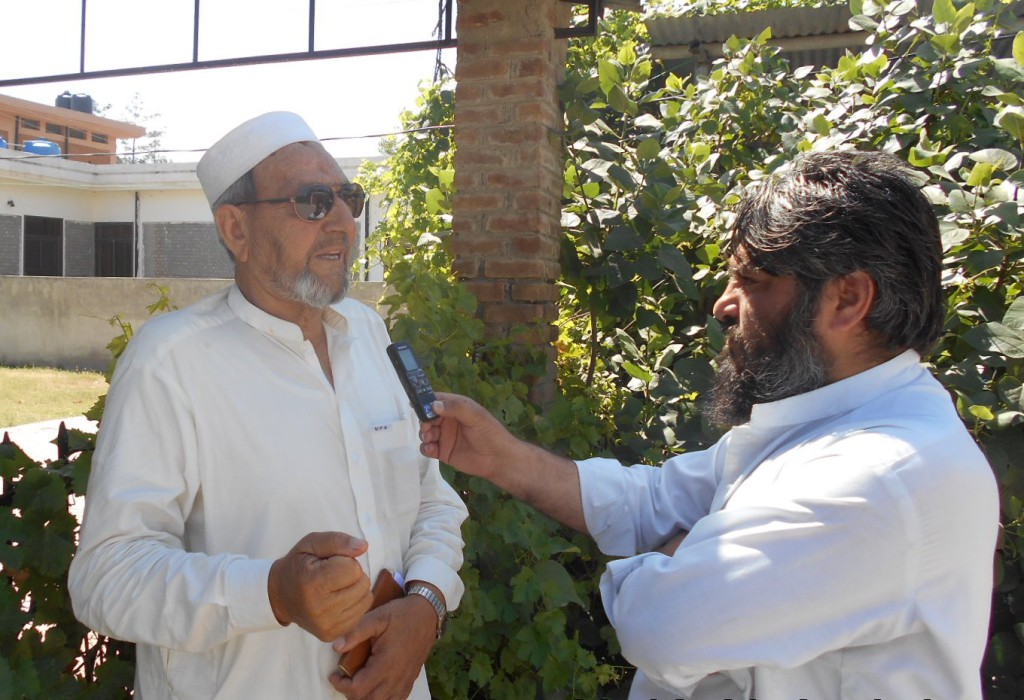 on 15 August, 1947 that the people of FATA are very honest and they are the heirs of their soil. The FATA people, from Bajaur to Waziristan, have their distinct identity which must be maintained. FATA region is a huge treasure and only the revenue from Mohmand and Bajaur agencies would be enough to support the whole region. FATA is rich with reserves of oil, gas and gold, and this fact is ignored. There are approximately 30 million people in FATA who cannot be manipulated by outsiders. I also favour removing unjust sections from the FCR. We don’t have access to the High Court or Supreme Court,but the Jirga system works well in the region.

Ihsan Dawar: There is no doubt that  FATA population is shown less than its actual number.
We are no longer  tribesmen who had complete control over local resources. Times have changed now and Pakistan has also changed. The government does not take care of the FATA region as was envisaged by the Quaid. Some people support a merger with KP, while others demand a separate council. My question is are the tribal people prepared for police and a judicial system in their area?

TNN: Will the tribal population welcome the police and judiciary?

Nisar Mohmand: I will get back to this question, but firstly  I wonder if the province is ready to bear the
burden of tribal people? In the all parties conference of November last year,  political leaders, mostly from KP, said they will welcome the merger as the FATA people are their brothers. So there is no doubt that KP will welcome the merger. Secondly, the merger will create a larger Pakhtun province with a higher representation in the provincial assembly. It will also make sure that a Pakhtun chief minister will lead the House every time. As far as the natural resources are concerned, the province or district producing the resources has the right to those resources. KP’s Karak district had a budget of about 200 million, but after the exploration of gas in the area, the budget of the area has reached to about Rs20 billion.
TNN:  How will the merger benefit the FATA? Malakand has merged with KP and now
faces tax imposition from the federal government, creating  tension in the region? 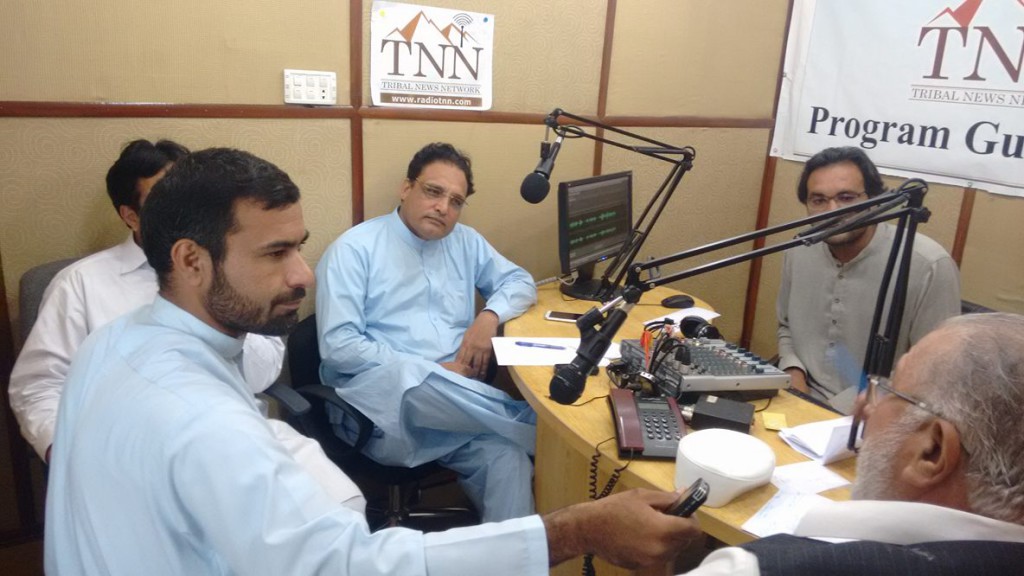 Nisar Mohmand: That is why we demand a merger with KP with the status of PATA (provincially administered tribal areas). It will exempt our people from taxes. The merger will benefit local
people, who are fed up with the system of political administration. The Jirga system has long been considered a very honourable tradition, but we have corrupted this system. Propaganda against the police and judicial system is also unjustified. One of my friends in the FATA Grand Alliance has opened
factories in Punjab instead of FATA. The main reason behind that is more peace in Punjab.

TNN: To Malik Khan Marjan – How will you react to Ihsan Dawar’s assertion that no one is fulfilling the promises of the past? There is not a single highway in FATA which can connect the whole region. Do you think that the FATA people are no longer autonomous? Why should mineral resources  remain under utilized when they could be used for the betterment of the people of both regions?

Malik Khan Marjan: Merger with KP will deprive FATA of its eight Senate seats. FATA will get up to 33 seats in the KP Assembly but that will be distributed amongst the different parties. We have already seen that people of Malakand Division got no benefit from the merger with KP. The people of FATA face very hard circumstances due to a lack of amenities. We demand a separate council to ensure a real representation for the people of FATA in Pakistan. A referendum in FATA will make it abundantly clear what the people of the region want.

TNN: Mr Nisar, don’t you think that merger with KP will deprive the FATA people of
their unique identity?

Nisar Mohmand: We are Pakhtuns and we have no other identity. This mantra of separate identity has been thrust upon us to divide us. We want unity between Pakhtuns and expansion of our region. The merger will make  KP the biggest and most powerful province of Pakistan.

TNN: Mr Ihsan, what pros and cons do you see in FATA merger with KP after listening
to arguments from both sides?

Ihsan Dawar: I personally opposed creation of a FATA Council. In the local government system introduced by former president General (Retd) Pervez Musharraf in FATA, 70 percent people came through election and the rest were nominated by the political agents. Malik Khan Marjan was also one of the nominees in that system. That  showed us that FATA is a paradise for bureaucracy.

The privileged, who had good ties with the administration since the times of their forefathers, don’t want a change in the system. The FATA people are fed up with the FATA Secretariat and the fate of the FATA Council will not be much different from it. I  recommend a five-year merger with KP on a trial basis to see what happens. The FATA people should find another way if the experience fails.

This article has been taken from TNN  programme Badloon which discusses political activities and reforms process in FATA. Badloon provides a platform to the FATA people to record their opinion    about the reforms process. The programme was prepared by TNN producers Shan Muhammad and Abdul Qayyum.