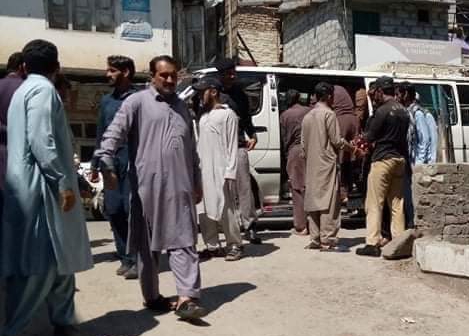 SWAT: Protest against Khyber Pakhtunkhwa Chief Minister Mehmood Khan in Swat cost the protesters dearly as police have filed cases against them under different sections.

Chief Minister Mehmood Khan visited the site of the flood in Madian area of Swat few days ago. Some local people had staged protest against the chief minister and blocked road for all kinds of traffic. The protesters were of the view that the chief minister, despite hailing from Swat, arrived very late after the floods damages and did not provide proper assistance to the affected people.

Police had arrested 10 of the protesters the next day and cases against them were registered on Wednesday. Cases have been filed under different charges including hindering the official work, inciting the public against police, use of inappropriate language against police and threatening the policemen of dire consequences.

Meanwhile, the people of Kohistan have announced to fully support and stand by the arrested protesters and initiate a movement for their release.

At least 50 people lost their lives in rains and floods in KP last week. Swat was among the most affected districts as its areas including Shahgram, Tirat and Bahrain were badly damaged. At least 13 people died in floods in Swat and 50 others were injured. The area residents alleged that the government has not launched proper relief activities in the area due to which the affected people are facing a lot of difficulties. They said those who raise voice against the injustices are being arrested.

During his visit to flood-hit Swat, the chief minister inspected damages in the affected areas and met with affected families and handed over them compensation cheques. He also offered Fateha for the departed souls during visits to the families who lost their loved ones in the floods.

The chief minister told reporters that every affected family will be compensated. However, he made it clear that the buildings built illegally on encroached land will not get compensation. He also directed the district administration to take strict action against encroachments which contributed to huge flood damages. He said drastic steps will be taken to avoid such a situation in future.