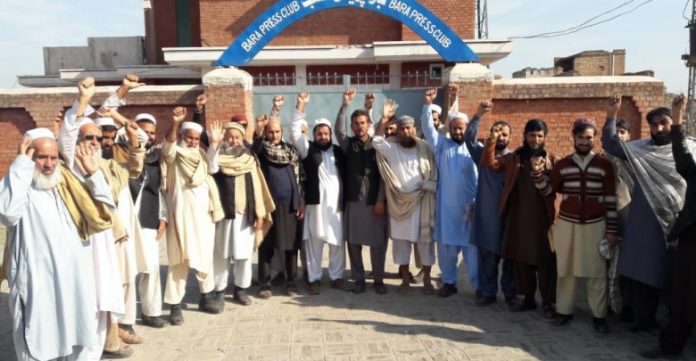 BARA: Malikdinkhel tribe of Khyber tribal district has called upon the government to conduct survey of the left out houses which were damaged during militancy and military operations.

The protesters said several houses were left out in the survey of damaged houses in 2018 and those included in the survey have also not received compensation yet. They said many houses in Dagrai Charga area of Malikdinkhel tribe are in extremely poor condition and owners of these houses are living in Peshawar and paying huge rents. They said the people living in the village also lack basic facilities and are facing a lot of difficulties.

To a question from media persons, the leaders of the protest said they have given an application to Member National Assembly (MNA) from Pakistan Tehreek-e-Insaf (PTI) Iqbal Afridi in this regard and he has promised to take up the issue with the administration.

The participants of protest said the village has 3,000 population, but the government has completely ignored the area. They said people in the village are living in extremely difficult situation due to lack of facilities. They also complained about the attitude of the Member of Khyber Pakhtunkhwa Assembly from PK-106, saying that the lawmaker has completely ignored their village.

Meanwhile, another protest was held at the Pak-Afghan Highway in Sur Kamar area of Jamrud tehsil in which children also participated. 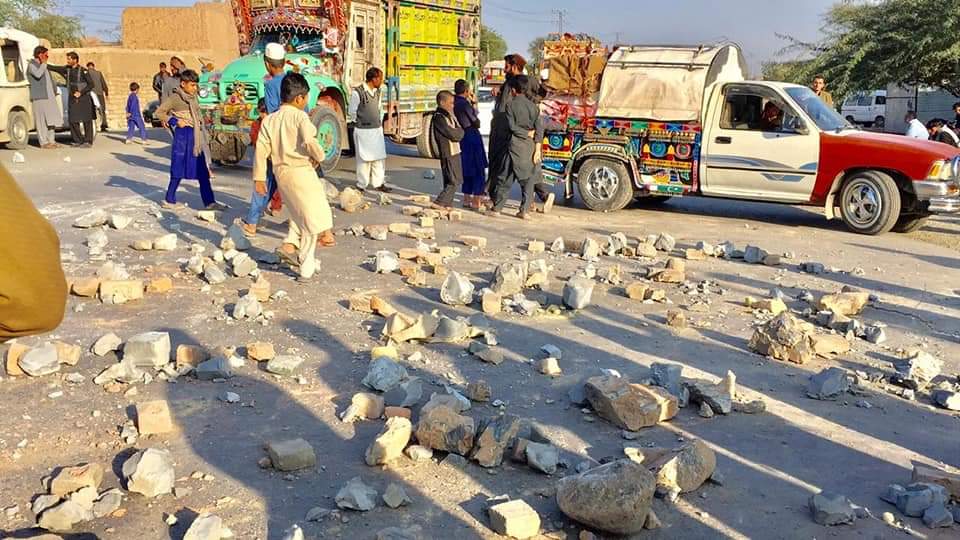 Traffic remained suspended during the protest due to which commuters faced difficulties.

The protesters alleged that Malikdinkhel and Kamarkhel tribes were occupying the lands of Kokikhel tribe in Dwatoi area. They alleged that the members from these two tribes are cutting their trees and making constructions on their lands, while the administrant is playing the role of silent spectator. They said they have filed several complaints with the administration and security forces, but no one has taken action over the issue so far.

The protesters demanded the authorities to ensure protection of their forests and remove the ‘illegal constructions’ form their lands.

After negotiations with the administration officials, the protesters dispersed peacefully.