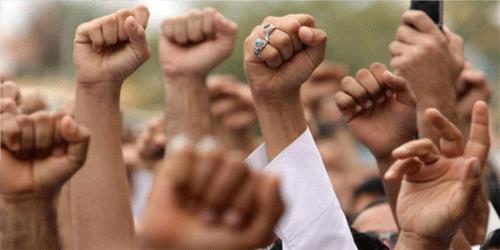 PESHAWAR: The elders and students of Barokhel in North Waziristan tribal district on Tuesday held a protest demonstration outside the Peshawar Press Club against alleged corruption in the Annual Development Programme (ADP).

The protesting tribesmen alleged that North Waziristan Deputy Commissioner (DC) Abdul Nasir, Planning Officer Faqir Muhammad and Development ADEO Sumera were involved in corruption in the ADP funds. They alleged that the Government Middle School Barokhel was not upgraded over non-payment of bribe to these officers.

The protesters called upon the government to investigate the issue through the National Accountability Bureau (NAB) and suspend the said officers till completion of the inquiry. They said the Government Middle School Barokhel was established in 1962 and it is feasible for upgradation in all respects. They alleged that the upgradation of the said school was not included in the Annual Development Programme as bribe was not paid to concerned officers for this purpose.

The protesting students said the High School in Hasukhel is situated five kilometres away from Barokhel and some students leave the education after middle level as they cannot afford to travel to Hasukhel on daily basis. They called upon the Secretary Planning and Development Department, Chief Engineer, and Communications Minister to include upgradation of this school in the ADP on priority basis. They said they will hold a sit-in in front of the Peshawar Press Club for indefinite period if their demand was not accepted.

Students of government higher secondary school Baghdada, Mardan held a walk to create awareness among the people about the negative impact of the tradition of dowry on the society.

The participants of the walk said the real concept of dowry in Islam is about giving some gifts to daughter or sister during her marriage, and it is not in any way a compulsion. They said the obsolete traditions have compelled the poor girls to commit suicide as their parents could not afford to pay for dowry on the demand of the family of the bridegroom.

The walk organisers said down is one of the major causes of suicides among girls. The said this cruel tradition must come to an end now.