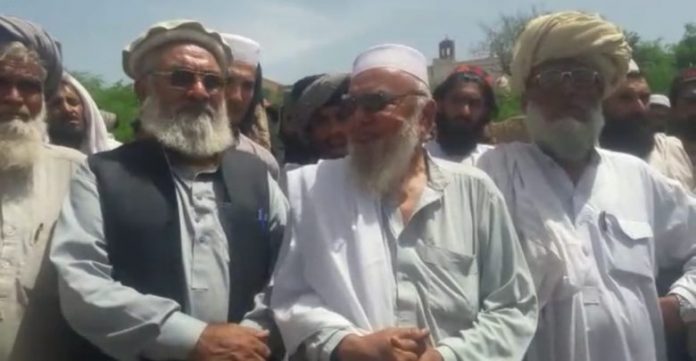 MIRANSHAH: Trible people on Saturday staged a protest demonstration against the bomb blast in which a number of the Khasadars and Levies men martyred on here in Shawa area of the district.

The protesters also include the relatives of Khasadars and Levies men, who have lost their lives in the blast. They asked the federal government and security forces to punish all those involved in the blast and expose them to the public.

The protesters said that they have offered huge sacrifices during the war against militancy. They said that it is the responsibility of the federal and provincial government to provide security to the people of tribal areas.

Two Levies personnel died on the spot, while two others were injured. The Injured personnel were immediately shifted to hospital, where another personnel succumbed to his injuries. The deceased personnel were identified as Ameer Zaman, Abdul Wali and Nambut Khan.

The martyred and injured personnel were residents of the same area.

The protestors put the dead bodies of all those died in the blast and chanted slogans against the government for failure to provide security to the people of the area. Due to the protest, the road from Bannu to Mir Ali road was blocked for all type of traffic.  The protestors asked the government to expose all those behind the blast and provided justice to the bereaved families.

After successful dialogues with the security forces and the assurance that they will be provided justice, the protestors opened the road. After they protest, they performed that last rituals of the martyred security forces men and were laid to rest at their ancestor graveyards.