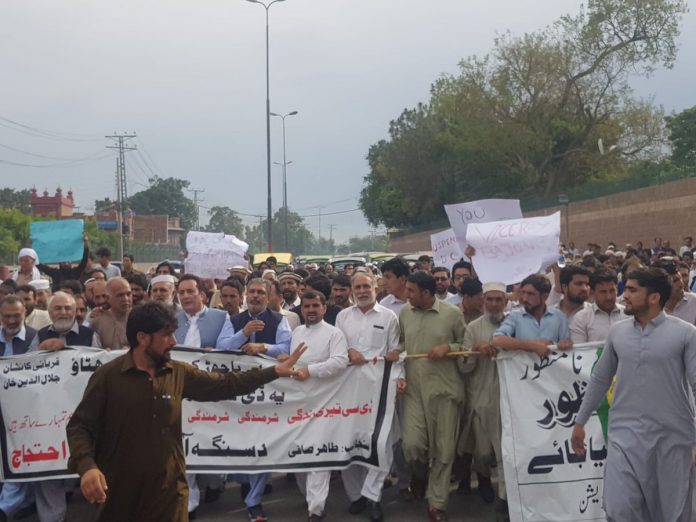 Yesterday (Wednesday), the former MNA along with hundreds of tribal people have also protested outside the National press club in Islamabad.  The statement issued by the Shahab Uddin family said that for decades the people of Tribal districts were faced with wars, tyranny and colonial oppression under draconian Frontier Crime Regulations.

The statement further added that post-merger, the power elites have been trying to make the people of newly merged districts protest against the constitutional change of merger. Local Maliks were forced to pelt stones at officers of the police. “Smear campaigns have been initiated against elders and youth speaking the truth,” said the statement.

It further added that Political victimization is at its peak so that grounds are made for the ruling party, yet again, to secure the provincial and upcoming local government seats.

“As part of their campaign offices of the deputy commissioners and other department has been activated to run campaigns alongside PTI’s potential candidates,” they alleged the PTI Government. They have also been directed to establish unconstitutional all illegal “Council
of elders” that will bring back FCR in an even worse form.

The protesters said that Jalal has been arrested for doing nothing but speaking the truth. The protestors demanded the government to change in the ‘biased’ administration of Bajaur district and make the courts fully functional is all the districts to provide justice to the tribal people.