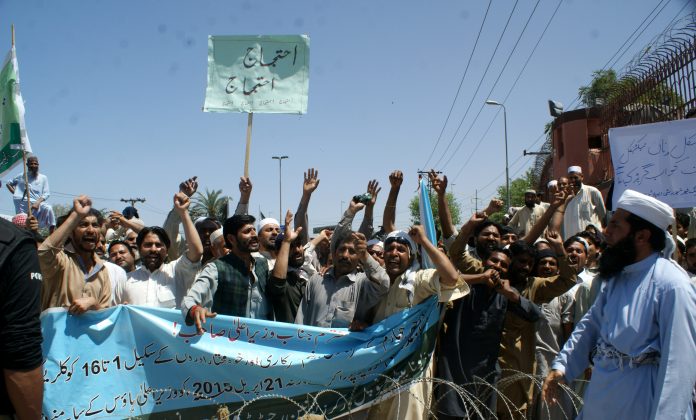 The protest was aimed at pressing the provincial government to accept their demands vis-à-vis service promotions. The protestors said that Khyber Pakhtunkhwa Chief Minister Pervez Khattak had assured that technical and non-technical staff of the government department would also be upgraded, which has yet to be materialized. “During a meeting held in December 2014 the chief minister had assured us that all the technical and non-technical staff, from grade-1 to grade-16, would be given four-step promotion. This pledge has yet to be materialized. We’ll continue our sit-in outside the provincial legislature until our demands are accepted,” they said.

Meanwhile, the protestors dispersed after the police resorted to firing tear-gas shells and baton-charge as the irate protestors tried to force their way into the provincial assembly. The protestors threatened to shift their sit-in outside Chief Minister House if their demands were not paid proper heed.