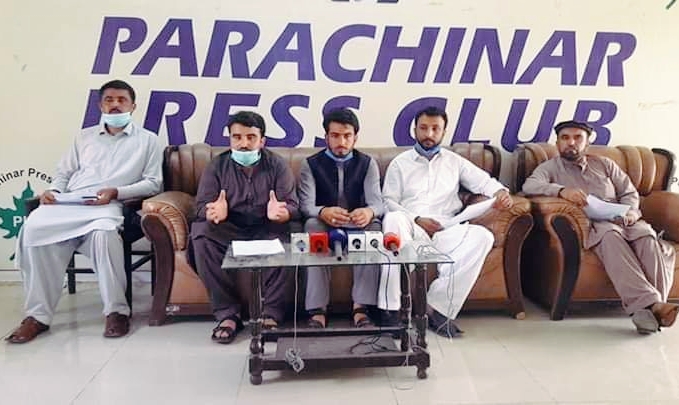 PARACHINAR: The student unions of tribal districts have demanded immediate restoration of internet service in the area and asked the government to stop online classes if internet cannot be provided and the students must be promoted to next semesters.

Addressing a joint press conference at Parachinar Press Club, Tribal Youth Movement leader Idrees Khan, Kurram Students Organisation president Saleem Khan, Fata Students Federation general secretary Zahid Shah and other student leaders and tribal elders said non-restoration of internet facility in merged tribal districts despite the court order is injustice with the students. They said all the educational institutions are closed throughout the country after which the government has initiated online classes, but the tribal students cannot benefit from it as they don’t have the internet facility.

The students of tribal districts are holding protests and press conferences recently for resumption of internet facility, but their demand is yet to be fulfilled. The tribal students say they cannot compete with the students of settled areas due to lack of internet as the modern education system is incomplete without internet.

The protest of people of Mohmand tribal district against prolonged power load-shedding continued for fourth consecutive day on Thursday.

The Tribal Youth Association activists blocked the Bajaur-Peshawar Road for two hours due to which the commuters and transporters faced difficulties in extreme hot weather.

Speakers said excessive power cut has made the lives of the people of Mohmand tribal district difficult. They said power supply is made available in Mohmand district for just two hours in 24 hours which means that power supply is almost non-existent.

The protesters said the government is asking the people to stay at home amid coronavirus pandemic, which is impossible particularly in Mohmand as there is no electricity. They warned to enhance the scale of their protest if excessive power cuts were not curbed within three days.

The protesters ended protest after assurance by Assistant Commissioner Hamid Iqbal to take up the issue with relevant authorities.