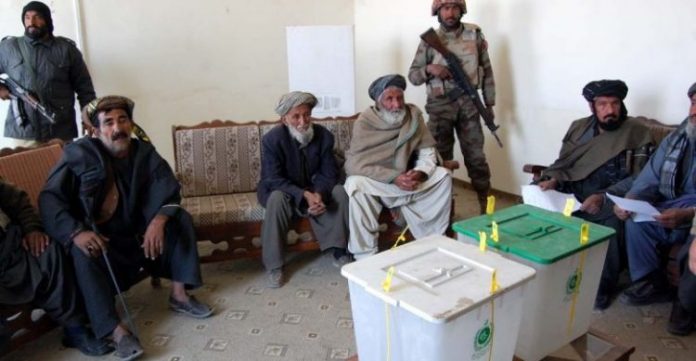 PESHAWAR: Elections for the Khyber Pakhtunkhwa Assembly seats of the newly-merged tribal districts may be delayed by six months after approval of the 26th constitutional amendment bill by the National Assembly seeking increase in the seats for tribal districts.

An official of the Election Commission of Pakistan (ECP) told TNN on condition of anonymity that the bill was passed in the National Assembly on Monday after which it is expected that the polls will be delayed by five or six months. He said the bill will be presented in the Senate where after its approval it will be signed by the President of Pakistan after which it will become part of the Constitution.

The ECP official said that after approval of the bill, the electoral body will have to conduct new delimitation of constituencies which may take five to six months.

The bill envisages increase in the number of general seats of erstwhile Fata for the National Assembly from six to 12 and KP Assembly from 16 to 24. Independent lawmaker Mohsin Dawar from North Waziristan tribal district introduced this bill, which was passed by the government and opposition with 288 votes in its favour, while no member voted against it.

The National Assembly has passed the bill for increase of tribal seats in the National Assembly and KP Assembly at a time when the Election Commission has already issued schedule for the provincial polls in the merged districts. A total of 438 candidates have filed nomination papers for the provincial assembly elections in the tribal districts. Out of 438 candidates, three women have also filed papers on general seats.

The rare unison seen between the government and opposition members in the National Assembly on passage of the amendment bill shows that no party will have objection over delay in the elections in tribal districts after necessary adjustments. No candidate or party have shown reservations on increase of erstwhile Fata seats. The ECP has not made any official announcement on cancellation of the existing poll schedule and announcing a new one after delimitations, but it is expected soon. The passage of the bill will also be a good news for people from some tribal districts who were demanding increase in their seats in the National and KP assemblies.