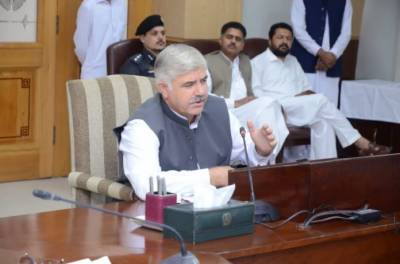 PESHAWAR: The Khyber Pakhtunkhwa government has decided in principal to conduct the elections on 16 provincial assembly seats in the tribal districts before May, 2019.

Decision to this effect was taken at a meeting of the KP cabinet in Peshawar on Wednesday. During the meeting, important decisions were taken about the tribal districts. The meeting decided that five special seats will be given to the tribal districts in the KP Assembly.

It was decided that the temporary courts in the adjoining districts of the tribal districts will work for next two months after which permanent courts will be established. The permanent courts will include seven sessions and five additional sessions courts. The meeting was told that the respective deputy commissioners will select suitable sites for the establishment of courts and initially nine public prosecutors will be appointed in the tribal districts.

A committee comprising three judges was also formed during the meeting which will scrutinise the cases related to the Frontier Crimes Regulation (FCR) and present report within 10 days.