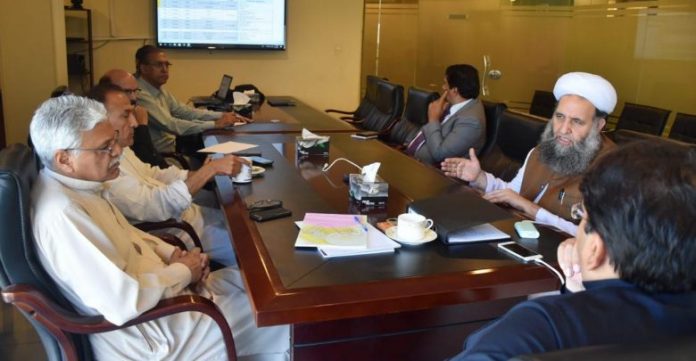 PESHAWAR: The Pakistan Tehreek-e-Insaf (PTI) has formed a three-member committee for nominating candidates for the upcoming provincial assembly elections in the tribal districts.

According to a statement issued by party’s Central Media Department, Minister for Religious Affairs Allama Noorul Haq Qadri held a meeting with the party’s chief organiser Saifullah Niazi and central secretary general Arshad Dad at the party’s central secretariat in Islamabad on Monday. During the meeting, a three-member parliamentary board was set-up for nominating candidates for the provincial polls in the tribal district. The election board include Noorul Haq Qadri, Arshad Dad and Khyber Pakhtunkhwa Chief Minister Mehmood Khan.

All the mainstream and local parties have accelerated preparations for the provincial polls in KP. Some of the parties have also announced their candidates on different tribal seats. The parties are also seeking early elections in order to ensure representation of provincial constituencies of the tribal districts in the KP Assembly.

The Awami National Party (ANP) leader Sardar Hussain Babak also addressed a press conference in Khyber tribal district on Monday in which he expressed concern over delay in the polls. He said that despite nine months of merger, the tribal people are still deprived of its benefits.

The ANP leader questioned the Election Commission of Pakistan (ECP) for the delay in the elections. Talking about the delimitation of the constituencies in tribal districts, Babak said there are a number of loopholes in the delimitations and census process. He has demanded that seat allocations for the tribal areas should be increased as per their population.