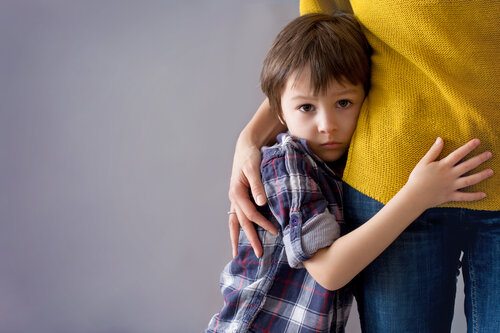 PESHAWAR: If one asks from mothers what the most difficult aspect of parenting is, they will tell you that putting their child to sleep. Mothers often tell kids horror stories about ghosts and monsters while doing so, instructing them to close their eyes or the ghosts would take them away.

Whatever that behaviour may appear to be at the time, these mothers have no idea that they are instilling a fear element in their children’s thoughts, which will have long-term consequences for their mental health.

And I’ve seen Asian mothers use this method on a regular basis. My mother used to do the same thing to my siblings and me when we were little. While it is true that the mother requires some time for herself, doing so at the cost of her child’s mental health is not a good idea.

But this isn’t what bothered me in my childhood. When I was 7 or 8 years old, my elder sister, who was 10, would scare me. Whenever she would find our mother busy or that she isn’t home, she would try to scare me by either staring at me with blank eyes or by putting a mysterious smile on her face and sometimes by laughing hysterically without any reason and making scary faces. And I would do nothing but run off and leave the room screamingly.

Though we laugh about it now whenever we recall that time, but while it was happening to me at a very young age it wasn’t that easy to bear. Time went by and we entered our youth but that fear followed me till my early 20’s. As a result of that fear, I developed Nyctophobia (fear of the dark). I could not sleep with the lights off as the darkness would scare the hell out of me. And sometimes, I would even get up from nightmares screaming for my mother.

Now that we have all grown up, I see my sisters doing the same thing to their kids. They would scare them of monsters by knocking on the bed crown. And it makes me sad to no end watching them doing this to their kids. Because little do they know how this fear is going to be engraved in their minds for a long time leaving long-term psychological consequences on their child’s mind.

According to psychologists, instilling excessive fear in children might leave long-term psychological scars and lead to a number of mental disorders like post-traumatic stress disorder, panic attacks and anxiety disorder. A result of these disorders, their personality may get damaged further, resulting in hindering the way of their success in their respective fields.

Numerous studies have shown that because of this behaviour most children get prone to a fear of the dark, which, if not addressed and managed properly by parents on time, can lead to the fear persisting into adolescence. In fact, because of these bedtime fears, most children lose their capacity to differentiate between threat and safety. This makes the children anti-social later on in their lives making it difficult for them to interact with people.

As parents, it is your job to try not to allow your child experience this trauma. Even if he or she has developed a fear, we must attempt to treat it with care and affection by reminding them that ghosts and monsters do not exist. Parents’ first focus should be their child’s mental wellbeing. Instead of scaring kids with such tactics, parents must try telling them some interesting stories with morals to help them grow into better people later in their life.