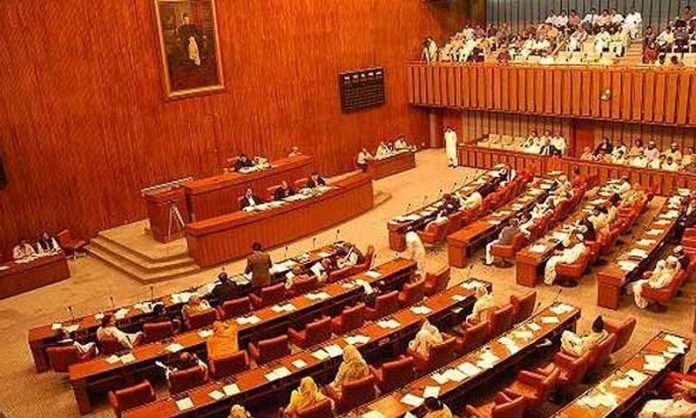 PESHAWAR: Apart from a major upset in Islamabad in shape of victory of the joint opposition candidate Syed Yusuf Raza Gilani against PTI’s Abdul Hafeez Shaikh, the rest of the results in the Senate elections on Wednesday were more or less according to expectations.

According to unofficial results, the successful candidates of the PTI from KP include Sania Nishtar and Falak Naz from women’s seats; Dost Muhammad Khan and Hamayun Mohmand on technocrats’ seats; Gurdeep Singh from minorities; and Shibli Faraz, Liaquat Khan Tarakai, Faisal Saleem Rehman and Zeeshan Khanzada on general seats.

All eyes were fixed on the Islamabad seat in which Yusuf Raza Gilani of the joint opposition defeated PTI’s Abdul Hafeez Shaikh. Gilani secured 169 votes, while Abdul Hafeez Shaikh bagged 164 votes. Seven votes cast for the general seat from Islamabad were rejected which gave rise to speculations over the intentions of the voting lawmakers behind the move. The ruling PTI’s candidate Fozia Arshad won on the women seat from Islamabad, who defeated PML-N’s Farzana Kausar.

In Balochistan, the winners are Sarfaraz Bugti, Manzoor Ahmed, Prince Ahmed Umer Ahmedzai from the BAP, Maulana Abdul Ghafoor Haideri from the JUI-F, Muhammad Qasim from BNP and Abdul Qadir as Independent.

Earlier, all the senators in Punjab were elected unopposed.

The party position in the 2021 Senate elections is that the PTI is leading party with 18 seats followed by the PPP with eight seats, BAP six, PML-N five, MQM-P two, ANP two, JUI-F three, independents two and BNP and PML-Q with one seat each.