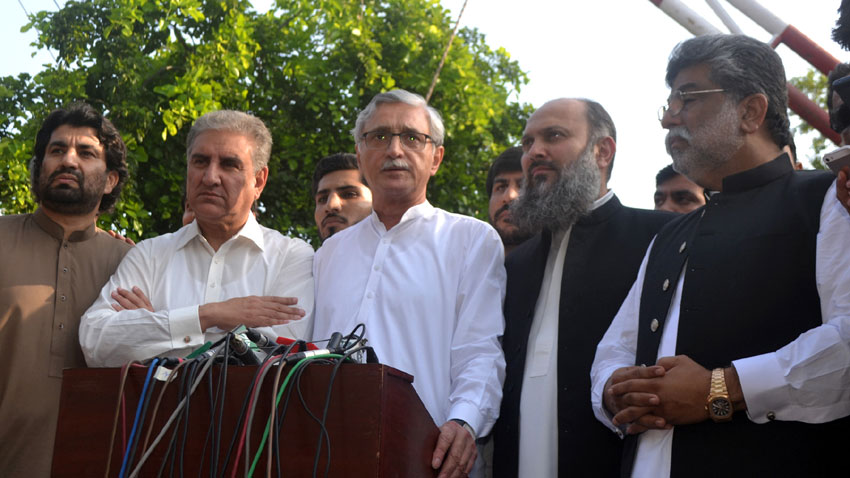 PESHAWAR: The Balochistan Awami Party (BAP) and Pakistan Tehreek-e-Insaf (PTI) on Tuesday announced to support each other for formation of governments in the Centre and Balochistan.

The announcement was made after a delegation of the BAP led by its chief Jam Kamal met the PTI Chairman Imran Khan at his Banigala residence.

Jam Kamal said after the meeting that his party will offer unconditional support to the PTI and the latter has also assured the same in Balochistan.

The BAP chief said both the parties have common vision and both will work jointly for development of Balochistan.

Speaking on the occasion, the PTI leader Jehangir Tareen said the party will support Jam Kamal as Balochistan chief minister. He said the BAP is majority party in Balochistan and it has right to form government of its choice.

The PTI Vice-Chairman Shah Mehmood Qureshi welcomed the BAP decision. He said both the parties will work for betterment of Balochistan.

He praised the valiant people of Balochistan who demonstrated courage by coming out of their houses on the polling day despite terror threats.