DERA ISMAIL KHAN: Three people, including the Pakistan Tehreek-e-Insaf (PTI) leader Ikramullah Gandapur, were killed and four others were injured in a suicide attack in Dera Ismail Khan on Sunday.

Police sources said the vehicle of Ikramullah Gandapur was targeted by a suicide bomber in Kulachi when he was going to attend a sit-in against non-arrest of killers of his brother, former provincial minister Israrullah Gandapur, five years ago. The driver and one guard lost their lives on the spot, while five others, including Ikramullah were injured. Ikramullah Gandapur succumbed to his injures at the Combined Military Hospital.

District Police Officer (DPO) Zahoor Afridi confirmed that it was a suicide attack and Ikramullah Gandapur was informed about the threat a day ago. He said 13 security personnel were provided to the PTI candidate. 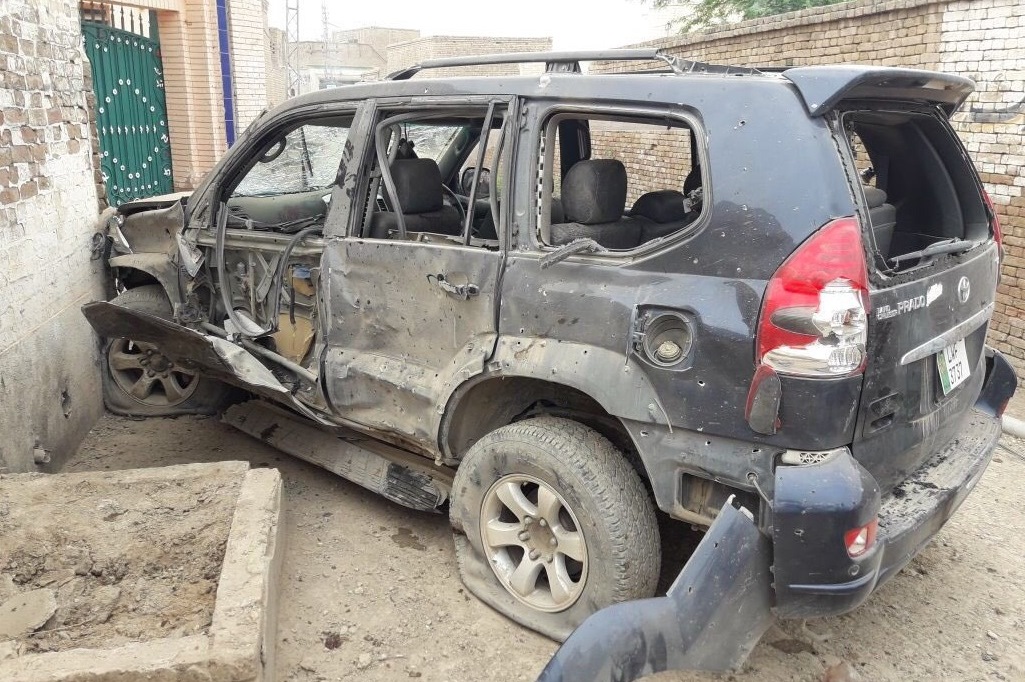 Ikramullah Gandapur, who was a former provincial minister, was contesting elections on a Khyber Pakhtunkhwa Assembly constituency PK-99. After his death, the elections on the constituency have also been postponed.

Ikramullah’s brother, Israrullah Gandapur, who was a PTI MPA, was also killed in suicide attack in his Hujra (male guest house) in 2003. Terror attacks on political leaders ahead of the July 25 general elections have left over 150 people dead and many others injured during the last few days.