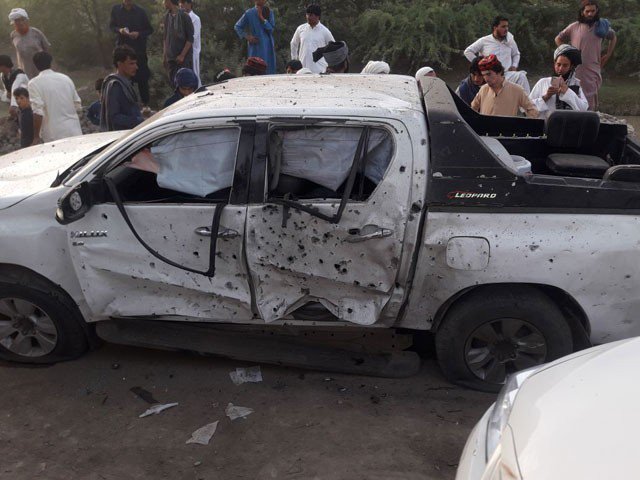 BANNU: The first information report (FIR) of the bomb blast targeting the Muttahida Majlis-e-Amal (MMA) candidate Shireen Malik in Bannu has been filed against his rival candidate from the Pakistan Tehreek-e-Insaf (PTI) and former provincial minister Shah Muhammad Khan and his brother Malik Gulbaz Khan.

Eight people, including Shireen Malik, who is associated with the Jamiat Ulema-e-Islam-Fazl (JUI-F), were injured when a bomb planted on a motorcycle exploded near the rally of Shireen Malik on Marwat Canal Road near Darul Huda Madrassa in the jurisdiction of Bakakhel Police Station on Saturday. The condition of Shireen Malik is stated to be out of danger and he has been shifted to home from the District Headquarters Hospital. However, his cousin Hazrat Ali and two other injured persons have been shifted to Peshawar for treatment.

Shireen Malik has nominated his rival candidate in the FIR for the blast. Election candidates Adnan Wazir, Syed Hamid Shah and former chief minister Akram Khan Durrani have also come under bomb attacks in this constituency in the past.