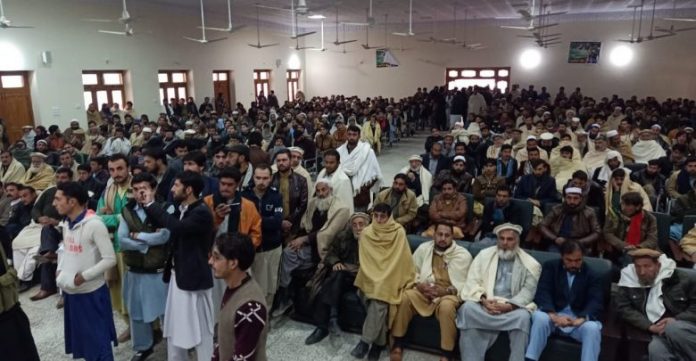 LOWER DIR: The conventions of the Pakistan Tehreek-e-Insaf (PTI) in Lower Dir and Bajaur tribal district on Saturday were marred by rumpus over the issue of alleged nepotism within the party ranks.

The PTI convention in Dir witnessed ruckus when one of the local activists criticised the party leadership over awarding party tickets in the elections. He said the PTI MNA Syed Mehboob Shah was an illiterate person and the party could have awarded ticket to and educated and dedicated worker. He also alleged that irregularities were committed in appointments in Health Department in the district. Other participants took exception to this argument and they removed the dais and ended the programme in protest.

A scuffle also broke out in which several persons, including the policemen, who were trying to end the fight, were injured.

Meanwhile, TNN correspondent reported that the meeting called for electing office-bearers of the PTI for Bajaur also ended without any progress due to hue and cry raised by the party workers. The PTI activists raised slogans against members of National and Khyber Pakhtunkhwa Assembly from Bajaur and said they will never accept nepotism within the party ranks.

Local PTI activists Dr Khalilur Rehman and Haji Rahimdad said they will never allow the relatives of the local MNAs and MPAs to hold party offices in Bajaur. They said the cabinet of the PTI in Bajaur must comprise ideological workers. They said the relatives of lawmakers must be kept away from the local cabinet if the party has to function properly in the tribal district.

MNA Bashir Khan and PTI Malakand Region President MPA Fazle Hakim Khan appealed to the party workers to remain peaceful and disciplined and assured that the office-bearers for Bajaur will be finalised after consultations with all stakeholders. He said the cabinet has not been finalised yet, therefore, the workers must show patience and shouldn’t indulge in heated arguments over the issue.

Fazle Hakim assured that workers will be taken into confidence over finalising the cabinet. He said the purpose of the workers convention was to know the opinion of the party workers over the matter. He said the PTI gains all its power from its workers and their views will get precedence over anything else.