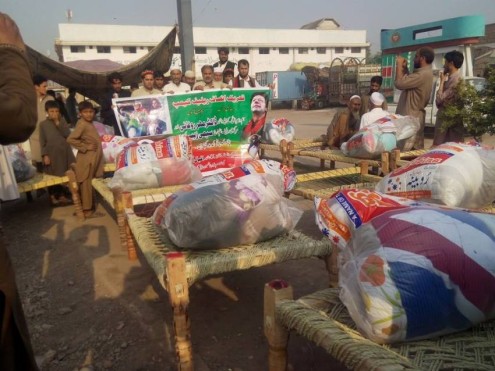 BARA, November 10: The Pakistan Tehrik-e-Insaf (PTI), which rules the Khyber Pakhtunkhwa province, has distributed “winter package” among the tribal families displaced from Khyber Agency as a result of a military operation.

The displaced families have lauded the aid and said that hopefully such assistance would continue in future as well.

“We need the assistance nowadays. There are people who cannot even afford to buy and wear shoes. We have even left behind our cattle and other goods while leaving homes during the military operation. We demanded the same relief package for Khyber Agency affectees, which has been given to North Waziristan families,” said an elder after receiving the package.