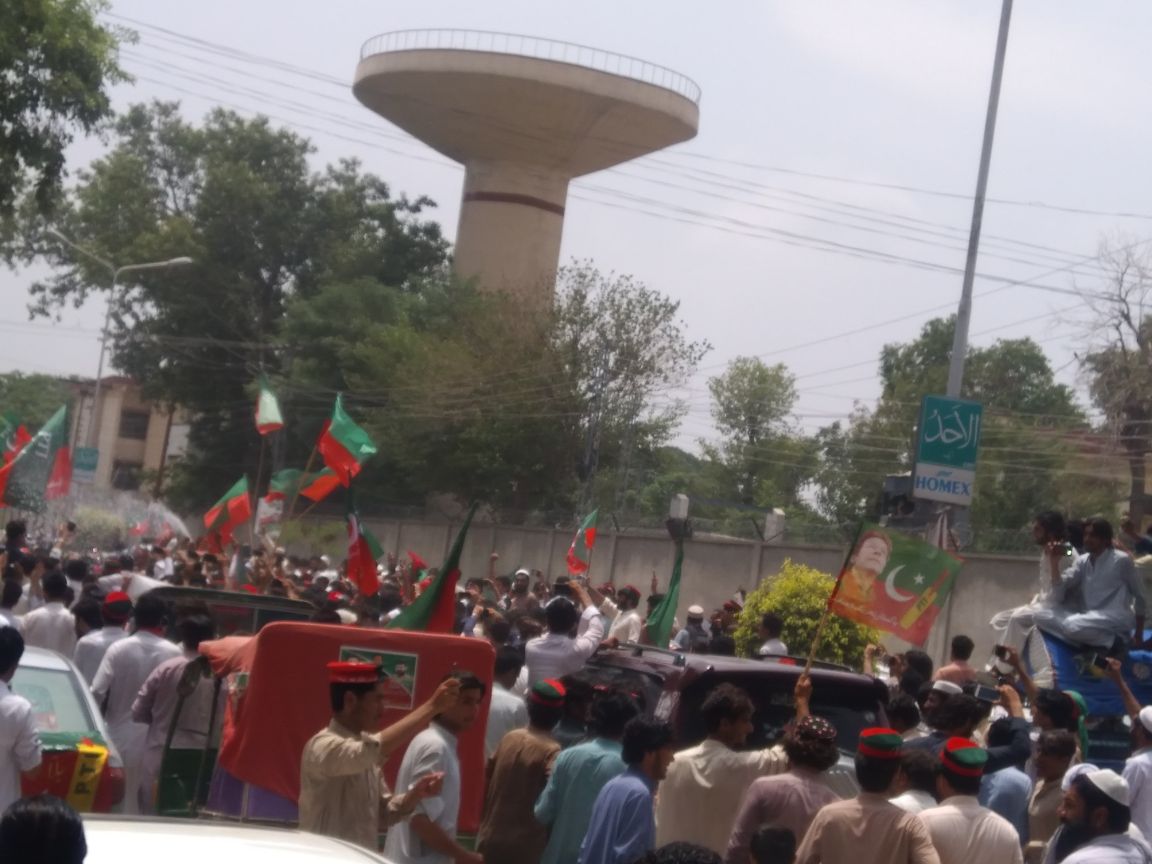 PESHAWAR: The Pakistan Tehreek-e-Inasf (PTI) has emerged as the leading party in the erstwhile Fata by defeating very strong candidates of other parties.

According to latest results available through various sources, the PTI won both the seats of Bajaur district i.e. NA-40 and NA-41. The NA-42 seat of Mohmand tribal district also goes to the PTI.

In Khyber Agency, Iqbal Afridi of the PTI is ahead on NA-43 seat, while Allama Noorul Haq Qadri of the PTI has won the NA-44 seat by defeating Al-Haaj Shah Jee Gul Afridi. Results from some polling stations in Tirah Maidan are awaited and observers said there is a tough contest between Iqbal Afridi and independent candidate Hameedullah Jan Afridi.

Independents have grabbed second positon in the erstwhile Fata districts. Mohsin Dawar has won from NA-48, North Waziristan and Ali Wazir and Qayyum Sher have won from South Waziristan.

The Muttahida Majlis-e-Amal (MMA) won one seat from NA-45, Kurram and Mufti Abdul Shakoor of the alliance won the FR seat.