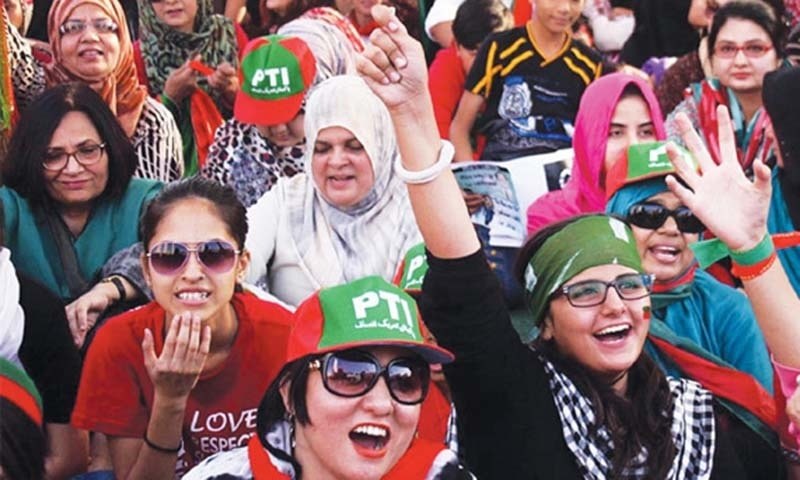 PESHAWAR: Pakistan Tehreek-e-Insaf (PTI) has fielded 38 women candidates for contesting the upcoming general elections, according to the final list of candidates issued by the party.

The PTI has also emerged as the party with maximum number of candidates for the general elections scheduled to be held on 25 July. The party has awarded tickets to candidates for 244 out of total 272 National Assembly constituencies, and 522 out of total 577 provincial assembly constituencies. Some of the seats have been left vacant due to seat adjustment with the Pakistan Muslim League-Quaid (PML-Q), Awami Muslim League (AML) of Sheikh Rashid Ahmed, Majlis Wahdatul Muslimeen (MWM), Grand Democratic Alliance (GDA) and Ijazul Haq’s faction of the PML.

The final list was issued not without trouble as the candidates who were not issued tickets and those whose tickets were withdrawn lodged strong protest. Many of them are expected to contest the elections as independents or from the platform of other parties.

On the other hand, the Pakistan Muslim League-Nawaz (PML-N) managed to finalise only 213-candidates for the National Assembly seats as the deadline of finalising candidates from the Election Commission of Pakistan (ECP) expired on Friday.

The PML-N is also facing rifts on the award of party tickets. The major rift happened in its stronghold Lahore where the party wants to make sure that it doesn’t lose any seat. The PML-N has not fielded any candidate from Fata which has a total of 12 constituencies.