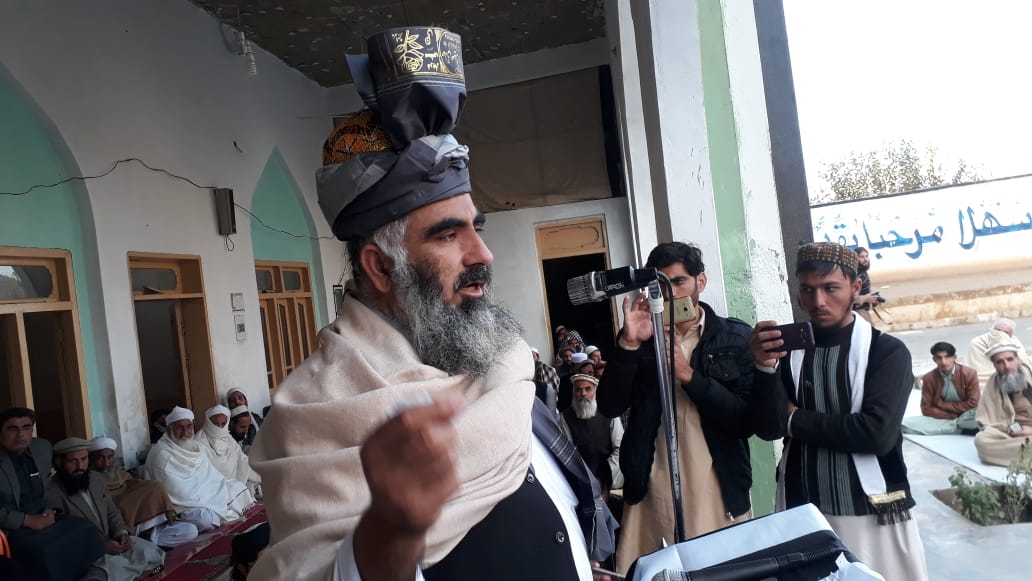 KHAR: The lawmakers and leaders of the Jamiat Ulema-e-Islam-Fazl (JUI-F) from tribal districts on Wednesday slammed the Pakistan Tehreek-e-Insaf (PTI) government for what they called making the lives of the tribal people difficult.

Addressing a gathering in Chaman Madrassa in Khar, the main town in Bajaur tribal district, the JUI-F Fata ameer MNA Mufti Abdul Shakoor, Mufti Ijaz Shinwari, Senator Maulana Abdur Rasheed, Malik Abdul Aziz, Malik Muhammad Ayaz, Malik Shaheen and others said the proponents of the so-called change have made the lives of the tribal people miserable and now the people are caught into a tangle.

Ijaz Shinwari said the people of the tribal areas were not consulted and imposition of Fata-KP merger was imposed on them against their will. He said now the outcome of the merger is evident to everyone as both the federal and provincial governments are not ready to take responsibility for the problems of tribal districts.

Mufti Abdul Shakoor alleged that the PTI government was promoting foreign lobby in the country. He said the advocates of merger claimed to change the destiny of the tribal districts, but now they are invisible. He said the tribal population faces new problems every day, while the government is not visible anywhere.