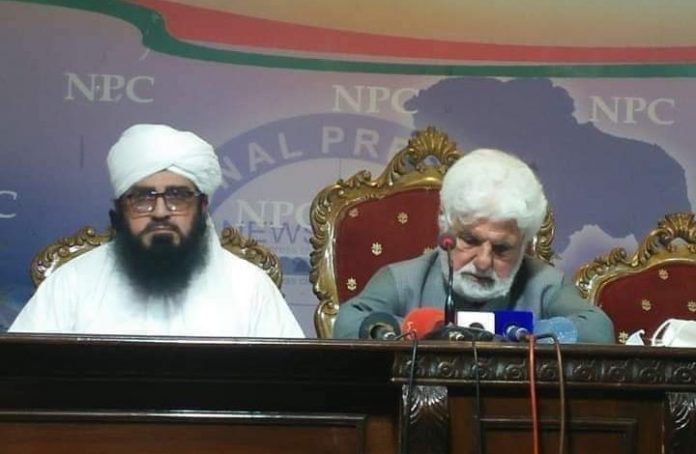 While addressing a joint press conference in Islamabad on Saturday, they said existence of landmines is a big problem in merged districts which needs to be addressed. They said the people affected from Operation Rah-e-Nijat have not received compensation yet. They said jobs must be provided to the youth of merged districts. They said the clearance of landmines is not a rocket science, and it must be done without further delay.

The lawmakers from merged districts said the issue of missing persons must be resolved on priority basis. They said development of merged tribal districts is vital to ensure durable peace.

MNA Jamaluddin said the politicians of the merged districts are ever ready to sit together for greater interest of people keeping the political differences aside. He said the greater agenda should be the welfare of people who must get all basic facilities and have a comfortable life.

Jamaluddin said Mehsud tribe has offered countless sacrifices for peace and security in Pakistan and they deserve all the facilities and rewards. He said some elements were trying to disturb the peaceful environment of South Waziristan, and that the government should take timely action before the situation goes out of hand. He said the government should make special focus on improving law and order and providing facilities to people. He said non-resolution of long-standing problems creates unease which is not good for overall picture of society.

The ruling party senator said the promise of 3 percent share for merged districts in the National Finance Commission (NFC) Award remains unfulfilled. He warned that inimical forces may cash in if the country’s institutions continued to ignore the local pressing issues.