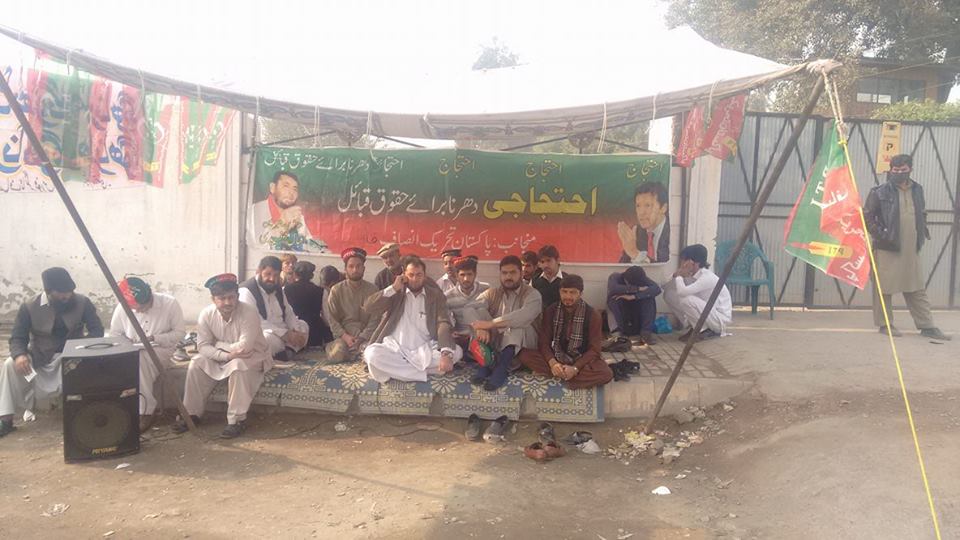 The dharna organizer Iqbal Afridi, PTI leader from Khyber Agency, while talking to reporters said they would not let the government and the authorities to exercise their rights under the colonial law of FCR in Fata.

“Since it is a black law and basic human rights are violated under it, the government should repeal it as soon as possible and announce the merger of Fata in Khyber Pakhtunkhwa. The people of Fata are being treated with discrimination and this practice should be stopped immediately. The Constitution of Pakistan should be extended completely to Fata,” he demanded.

Iqbal Afridi further demanded that basic facilities such as education, health, clean drinking water, electricity and others should be provided to the people of Khyber Agency as they were deprived of their basic rights.

He further demanded that proper compensation should be given to the tribesmen whose houses were demolished during the reign of insurgency and the subsequent military operations.

“Thousands of tribesmen have no houses as the government did not pay them the compensation amount so far. We demand that the affected tribesmen should be compensated so that they could rebuild their houses,” he remarked.

He said the dharna would continue till the acceptance of their demands.