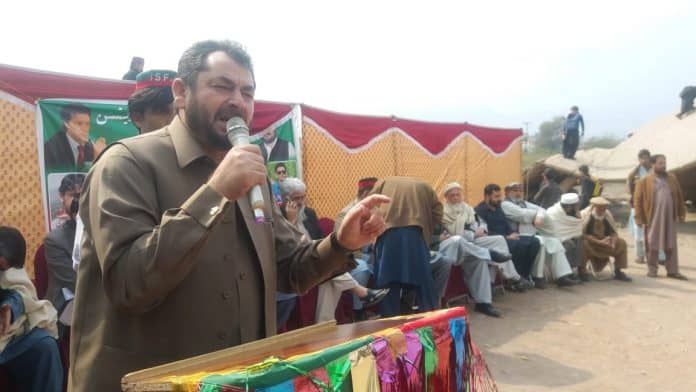 BARA: The Pakistan Tehreek-e-Insaf (PTI) Member National Assembly from Khyber tribal district Iqbal Afridi on Tuesday said all resources will be utilised for promotion of education in the tribal districts.

He was talking to media persons on the occasion of election of office-holders of the PTI for NA-44 for the year 2019. The lawmaker said he is making efforts for improving the condition and providing facilities in the Government Degree College Kohi Sher Haider.

Iqbal Afridi said for the first time in the country an all parties conference has been held on the annual development programme which proved that the PTI government will carry out all development projects strictly on merit. He made it clear that all the projects in his constituency and rest of the country will be carried out on merit and bribery, nepotism and other negative practices will come to an end.

A large number of students, local elders and other people attended the oath-taking ceremony of the new PTI cabinet for the constituency which was held in Kohi area of Malikdinkhel. Fifteen office-holders were elected on the occasion, who vowed to serve the people and work for their betterment. Iqbal Afridi took oath from the newly-elected office-holders.

Last month, Iqbal Afridi inaugurated a new electricity feeder for Shalobar tribe in Bara. Talking to media persons after the inauguration ceremony, Iqbal Afridi said all the tribes of Bara sub-division will be provided power supply gradually and the issue of prolonged outages will be resolved. He said Rs27 million have been earmarked for power supply projects in Bara. He said these funds will only be used only for power supply projects and separate amount has been earmarked for other projects.