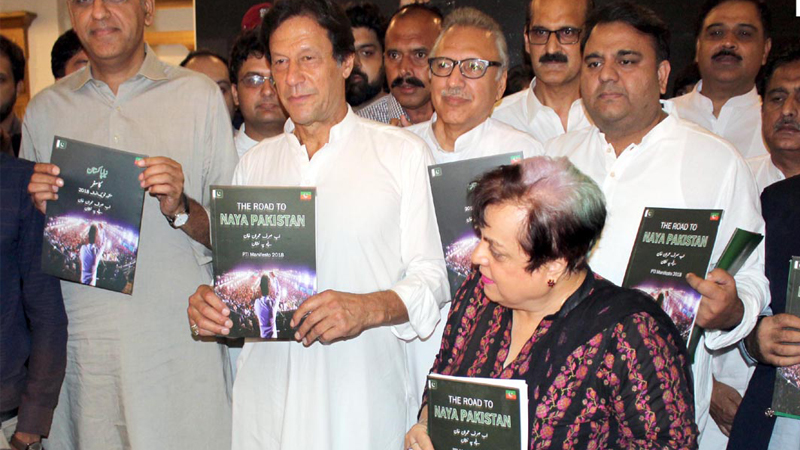 Addressing a ceremony for launching the manifesto, the PTI chief said whosoever would form the next government may face tough challenges in the face of poor economic situation, rupee depreciation and rising debts.

The manifesto titled ‘Road to Naya Pakistan’ envisages tackling unemployment and creating jobs. Imran said the National Accountability Bureau (NAB) would be strengthened to purge the country of corruption and recover the looted money. He said powers would be transferred to grassroots level through local government system.

The manifesto also envisages de-politicising the police, improving access to sanitation and clean drinking water as well as provision of Sehat Insaf cards to deserving people. The women’s access to education, healthcare and economic opportunities would be enhanced and a judicial reforms programme would be launched to provide quick and quality justice to all citizens.

He said the PTI will also promote tourism to increase foreign revenue and create jobs in remote areas. He said reforms will be introduced in the Federal Board of Revenue (FBR) and agriculture sector.

Furthermore, Imran said that it is yet to be determined whether the China-Pakistan Economic Corridor (CPEC) is a game-changer or not. He said he PTI plans to replicate hydel projects installed in Khyber Pakhtunkhwa.