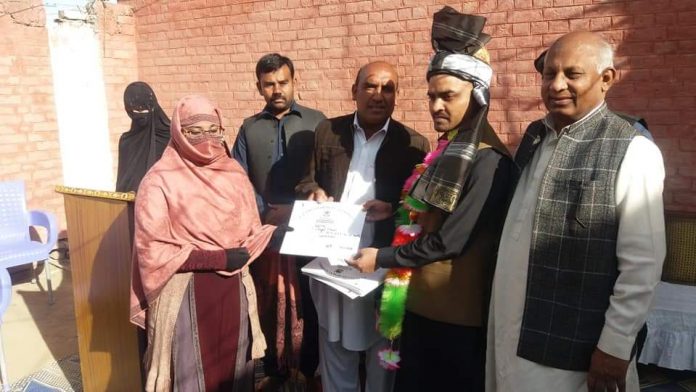 LANDIKOTAL: Despite a ban imposed by the Khyber Pakhtunkhwa government on inviting male gests at functions in the female educational institutions, this practice is continuing and male guests are attending women’s ceremonies.

On Saturday, a certificate distribution ceremony of a six-month computer course was held at a girls high school in Landikotal sub-division of Khyber tribal district where the Pakistan Tehreek-e-Insaf (PTI) Member National Assembly from Christian community Jamshed Thomas was invited as chief guest. Wilson Wazir, Nadeem Khan and some other members from the Christian community also attended the function which was arranged to distribute course completion certificates among the female students.

The ban on participation of male guests in female functions was imposed by KP Education Minister Ziaullah Bangash on the directions of Chief Minister Mehmood Khan after objections from various quarters on the matter on the social media. Some pictures from functions of women schools were shared on the social media without their consent after which their parents lodged complaints in this regard. This step of the minister got mixed reaction, with people of conservative mind-set appreciating his move and liberal circles opposing the same.

Jamshed Thomas said after distributing certificates among the female participants of the course that the students of Khyber tribal district have a lot of talent and they have brought good name for the country through their hard work. He vowed to raise voice for the rights of female students of the region at the Parliament and other forums. He said the PTI government is committed to improve the standard of education. He assured that all the problems of the female students will be resolved on priority basis.