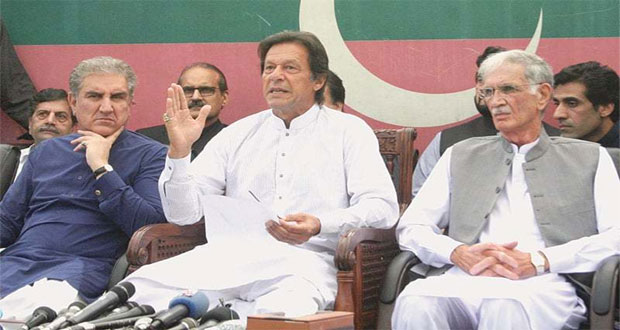 PESHAWAR: The total number of the Pakistan Tehreek-e-Insaf (PTI) seats in the National Assembly reached 158 after the Election Commission of Pakistan (ECP) on Saturday announced the distribution of seats reserved for women and minorities.

The electoral body said nine out of 13 independent MNAs joined the PTI after which its general seats increased to 125. The party got 28 reserved women and five minority seats in the National Assembly.

The Pakistan Muslim League-Nawaz (PML-N) has 64 general seats and after getting two minority and 16 women seats, its seats have increased to 82. The Pakistan People’s Party (PPP) has third position with total 53 seats after getting two minorities and nine women seats. The Muttahida Majlis-e-Amal (MMA) now has total 15 seats, Muttahida Qaumi Movement-Pakistan (MQM-P) has seven seats, and PML-Q has five.

In Khyber Pakhtunkhwa, the PTI now has 64 members after the inclusion of two independent members. With addition of reserved seats, its total strength is 84 now. The MMA has 13 seats, ANP has nine seats, PML-N has six and PPP has five seats.