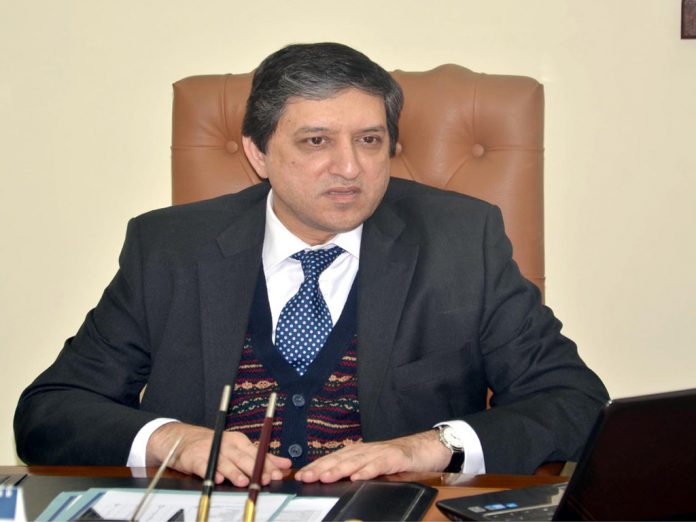 PESHAWAR: In a tit-for-tat move, the Pakistan Tehrik-e-Insaf (PTI) and its allies have submitted no-confidence motion against Deputy Chairman Senate Saleem Mandviwalla who belongs to Pakistan Peoples Party (PPP).

The motion was submitted after the opposition senators submitted a resolution against the Chairman Senate Sadiq Sanjrani on the allegations that he is taking dictation from Prime Minister Imran Khan. The opposition parties have nominated Mir Hasil Bazenjo for the seat of Senate Chairman.

The PTI government believes that when the opposition parties, especially PPP failed to fulfill its promise and keep supporting Sadiq Sanjrani, they can also use their constitutional power to submit non-confidence motion against the deputy chairman. During the Senate election, the PPP and the PTI have made an alliance and elected Sadiq Sanjrani as The Senate chairman. In return, the PTI senators have elected Saleem Mandviwalla, a PPP senator, as the deputy Chairman Senate.

However, their alliance couldn’t last for long after the PPP joined hands with Maulana Fazlur Rahman led opposition alliance against the government. The opposition parties said that the main purpose behind the resolution against deputy Chairman was to pressurize the ruling party as the PTI lacks majority senators.

The government said that Sadiq Sanjrani had run the Upper House “with dignity” for the past one and a half year and there was “no reason to remove him”. The federal government also denied allegations of horse trading, saying that “15-20 members in the Senate are completely independent”.

The Senate Deputy Chairman Mandviwalla while reacting to the non-confidence motion said that through he can keep the office only in the confidence of the members of the upper house of the parliament. However, he added that it is a very strange tradition that never happened in the history of the Senate of Pakistan. Mandiviwalla alleged that some senators have told him that they are being forced to sign the resolution against him.