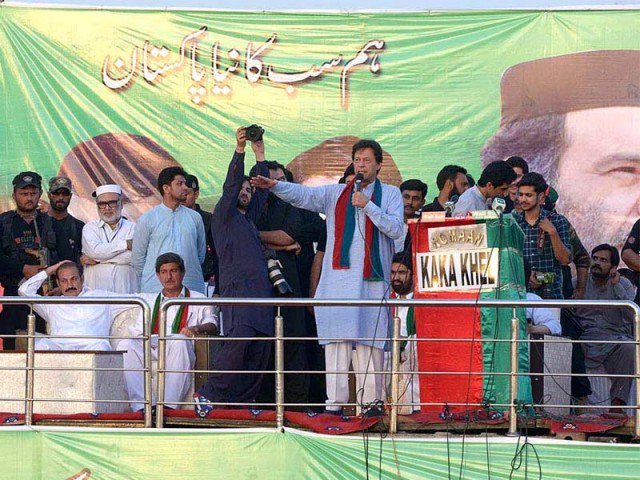 CHARSADDA: The Pakistan Tehreek-e-Insaf (PTI) Chairman Imran Khan remarked on Thursday said his party will bring an end to family politics in the country and strengthen the institutions after coming to power in the July 25 general elections.

Describing this trend to be akin to a monarchy, he said that the real reason for the downfall of the Muslim world was clinging to monarchies. He said people should ask the ANP chief’s son Aimal Wali Khan and QWP chief’s son Sikandar Khan about their sources of income. He said it was not the PTI that levelled corruption allegations against the ANP government as it was well-known. The PTI chief said Fazlur Rehman was a politician who remained the part and parcel of every government.

He also came hard on the PML-N President Shahbaz Sharif for his Lahore-centric approach to development. However, he praised late Pashtun nationalist leader Bacha Khan. He said Bacha Khan was a great leader whether anyone believed it or not.

The PTI chief criticised the National Accountability Bureau (NAB) for its decision of not arresting the election candidates who had corruption charges against them till the conclusion of the elections. He said the NAB has murdered justice by announcing delay in the arrest of thieves and dacoits till July 25.