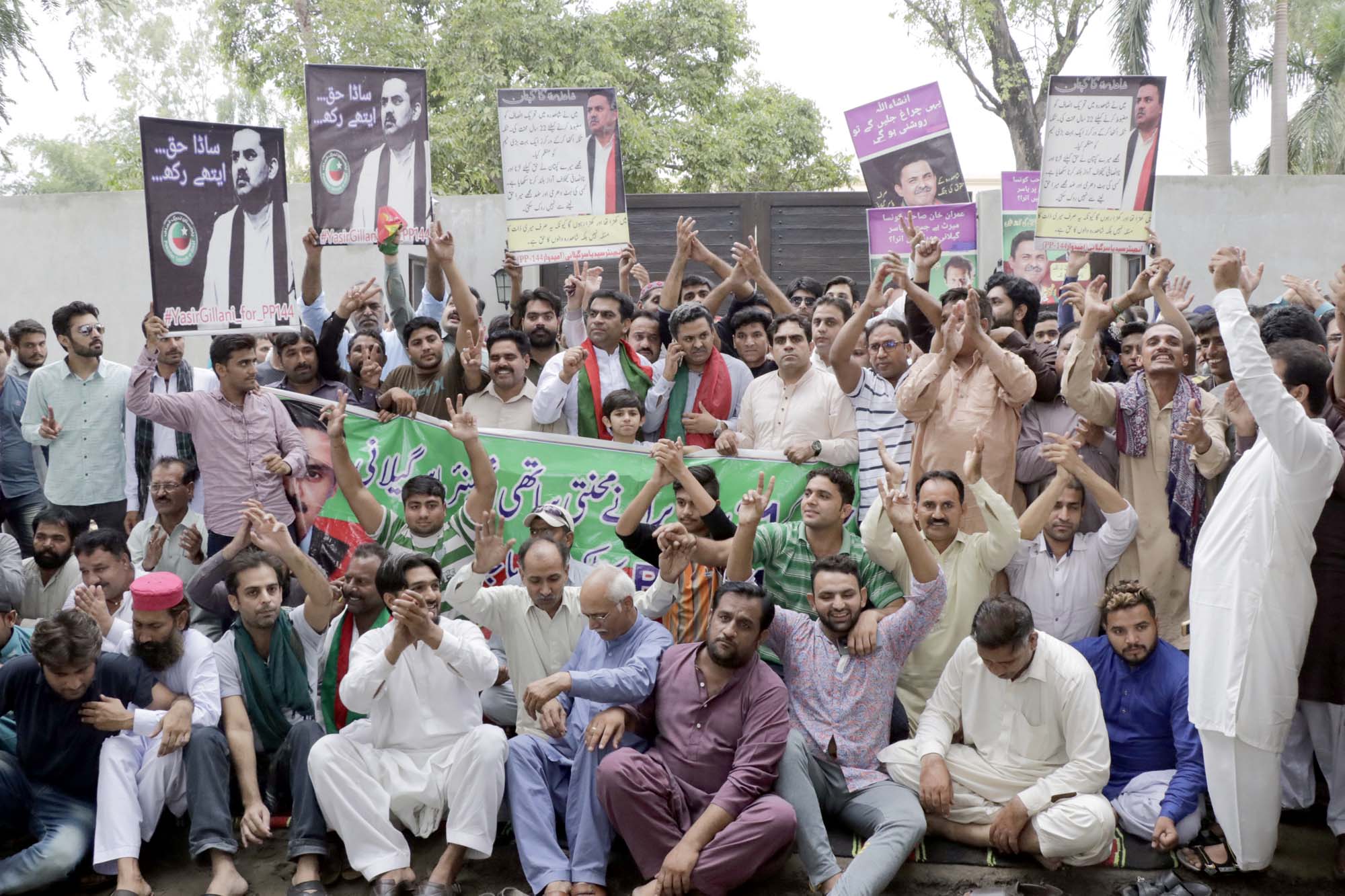 PESHAWAR: The Pakistan Tehreek-e-Insaf (PTI) has decided to take action against its members who are contesting the July 25 general elections as independent candidates after not getting the party tickets.

According to a statement issued by the PTI central media department on Tuesday, a two-member committee comprising Naeemul Haq and Arshad Dad will recommend necessary action against the party members violating the code of conduct. The committee has been asked to furnish its report to the PTI chief Imran Khan.

The PTI took this action against many of its members decided to contest the elections independently after not getting the party tickets. The independently contesting candidates have alleged that the PTI leadership has ignored the ideological workers and awarded tickets to electables and other favourite persons.

A large number of PTI workers had also staged a sit-in in front of the Banigala (Islamabad) residence of Imran Khan for several days in protest against the ‘unjust’ award of tickets. Rifts have emerged within the senior leadership of the party over the award of tickets for the National Assembly and provincial assembly seats.

The PTI had also taken an affidavit from all the ticket aspirants that they will not contest independently if they did not get the party ticket.