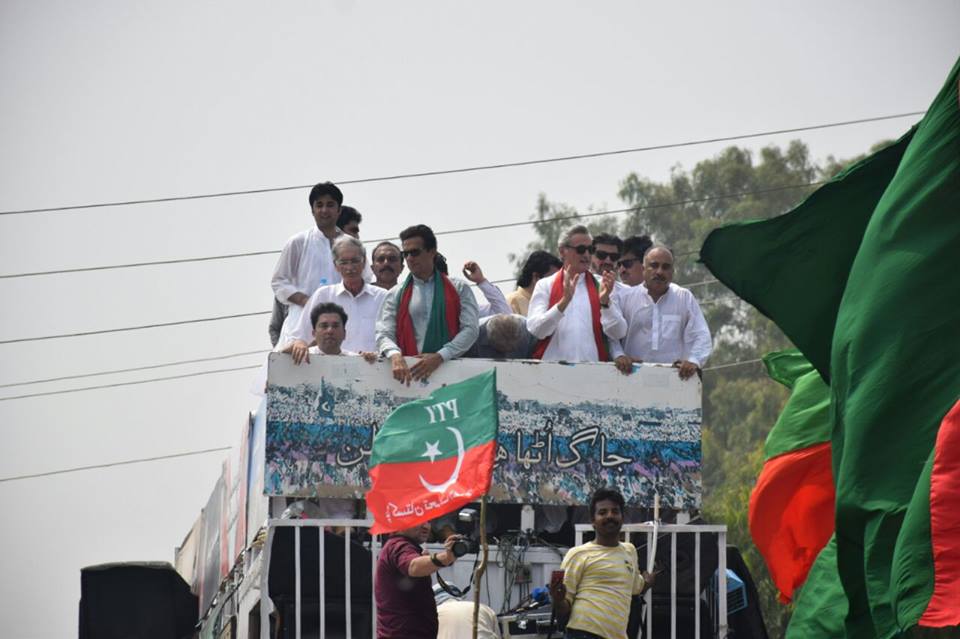 The movement was formally started from the provincial metropolis where party workers from different parts of the province gathered near the Zakoori bridge.

PTI Chairman Imran Khan address charged workers of his party at different points as the participants of the rally kept on moving till Khairabad, the junction between Khyber Pakhtunkhwa and Punjab.

Addressing on the occasion Imran Khan said the ehtesab movement would continue until Prime Minister Nawaz Sharif offered himself for accountability.

He alleged that the National Accountability Bureau (NAB) did not catch mighty politicians who were involved in corruption and instead arrest only low rank officials.

One side of the GT road was spared for the participants of the rally while traffic was diverted on the other side. There were reports of massive traffic jam in certain places in district Nowshera.

Special security arrangements were made and large number of police personnel were deployed on the route of the rally.