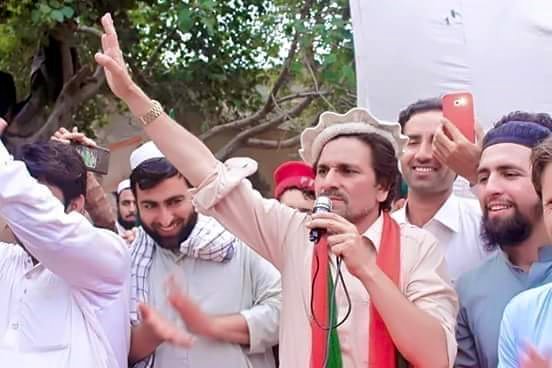 PESHAWAR: Leader of Pakistan Tehrik-e-Insaf (PTI) and Member of National Assembly (MNA) from Bajaur tribal district, Gul Zafar Khan has strongly criticized the government for its failure to implement FATA reforms and asked the government to form a parliamentary committee to speed up the process of integrating the region into the mainstream of Pakistan.

Gul Zafar, who was elected as Member of National Assembly from Bajaur on PTI ticket, said this while addressing the National Assembly on Thursday. He said that though the Frontier Crime Regulation (FCR) was abolished through a constitutional amendment, however, there is still no legal and administrative system exists in tribal districts due to which tribal people are facing numerous problems.

“There have been announcements by the government about the development projects in tribal areas, but so far no practical efforts have been made,” alleged the elected representative. “The tribal people have rendered huge sacrifices for the country, but no government has given them any relief to reduce their sufferings.”

The elected representative from Bajaur lamented that unlike other parts of the country, everything is banned in tribal areas including cellular service, internet facility, motorcycle riding and other basic facilities of life. He asked the government to make the lives of tribal people at ease as they have suffered a lot due to wars imposed on them for the last couples of decades.

Gul Zafar Khan has also criticized the education system in the tribal belt and said that it is worrying fact that there are 130,000 students are enrolled at primary schools, 11000 in middle schools, 4000 in high schools, and only 800 students are studying at the college level. “Some 99 per cent of our students are not making to the college level,” lamented the MNA. “In such a situation, they can easily fall prey to the Kalashnikov culture.”

The MNA added that in Karachi port Qasim, hundreds of Pashtun labourers are on protest for the last three months, but no minister has even paid a visit to resolve their problems.

Gul Zafar asked the Supreme Court of Pakistan to give justice to the people of tribal areas otherwise; there will be consequences of the legal-administrative vacuum in the tribal areas. He also requested defence minister Pervez Khattak, national assembly speaker Asad Qaiser to form a parliamentary committee to resolve the issues faced by the tribal districts.