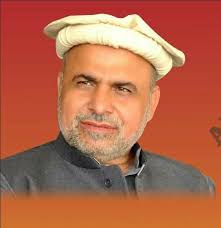 LANDIKOTAL: The member of National Assembly Alhaj Shah Jee Gul on Monday said that a Jirga will be sent to PTM leader to discuss about the second meeting.

A Jirga was held at residence of Shah Jee where representatives decided to send a four-member delegation to the leader of Pashtun Tahaffuz Movement to consult about the second meeting with them and in this regard, they sought an answer till 10 May.

According to Shah Jee, the four members will inquire the PTM leader about the participation of FATA parliamentarians and also ask them about the venue for the next Jirga.

He also stated that the PTM had given a green signal to the second meeting with them.

“The demands of PTM are Pakhtoons demands”, said Shah Ji, adding that the reason of holding these jirgas are to discuss them.

A day earlier, Manzoor Pashteen, the leader of PTM had issued a video message on his twitter account that he was currently in contact with 13 different jirgas and he is confused whether to talk or not.

On 25th April, first meeting between leaders of PTM and tribal Jirga comprising fata parliamentarians and tribal elders took place and they agreed to have a two day consultation among their ranks before holding formal talks.

The leaders of two sides decided to have contact after two days for fixing the new date for next meeting.

They also agreed that either side will  form a committee for holding future talks.

Leader of PTM, Mohsin Dawar, welcomed the first jirga between government and PTM, said he hopes formal talks will take place in the next session.