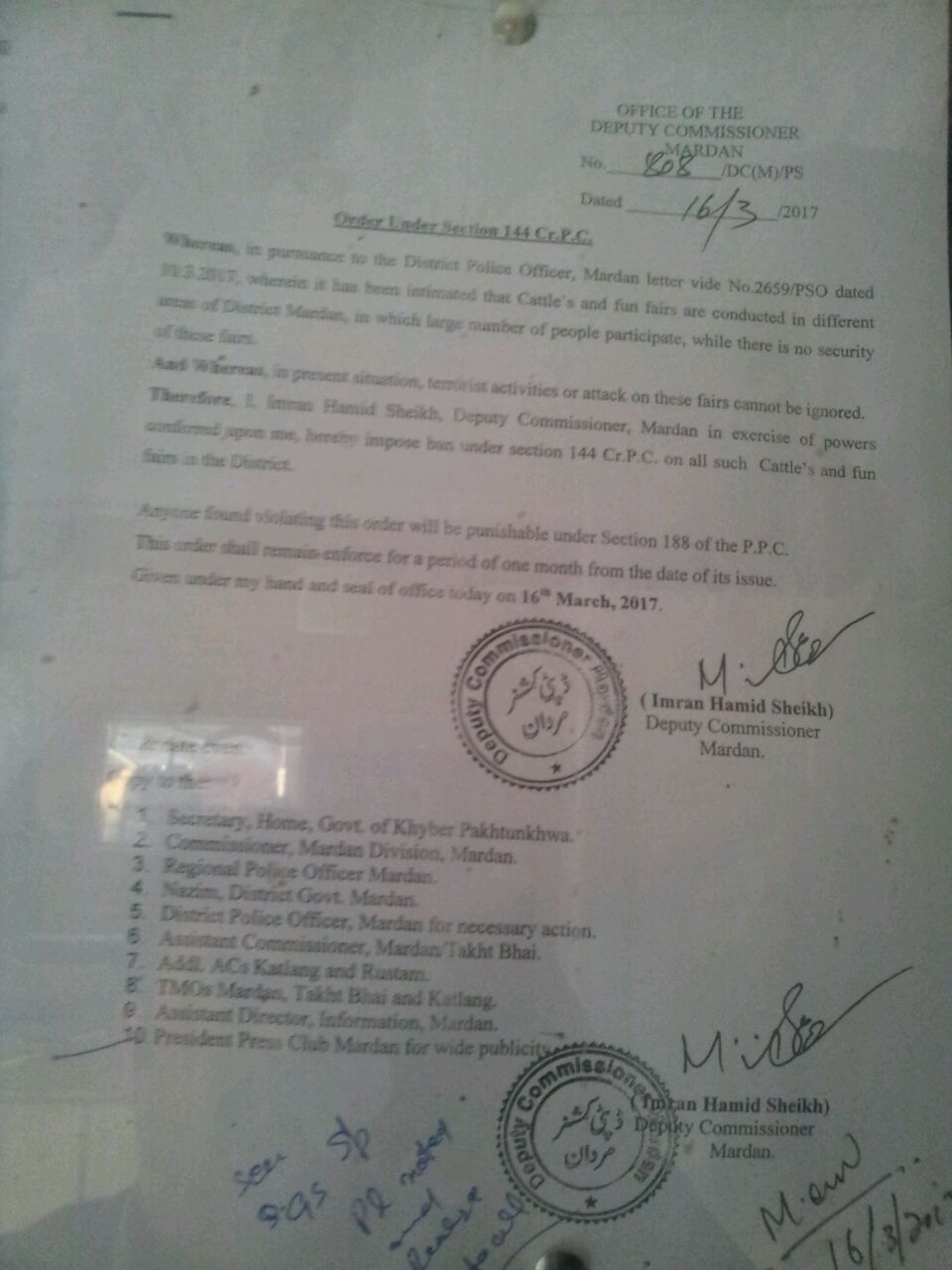 MARDAN, 18 March: Public fairs and cattle shows have been banned in Mardan for one month due to security concerns.

According to a notification issued from the office of the deputy commissioner, the step has been taken under Section 144. The notification said cattle shows and fairs are being organised in different parts of Mardan without adequate security measures. It added that violators of the ban will face action under Section 188.