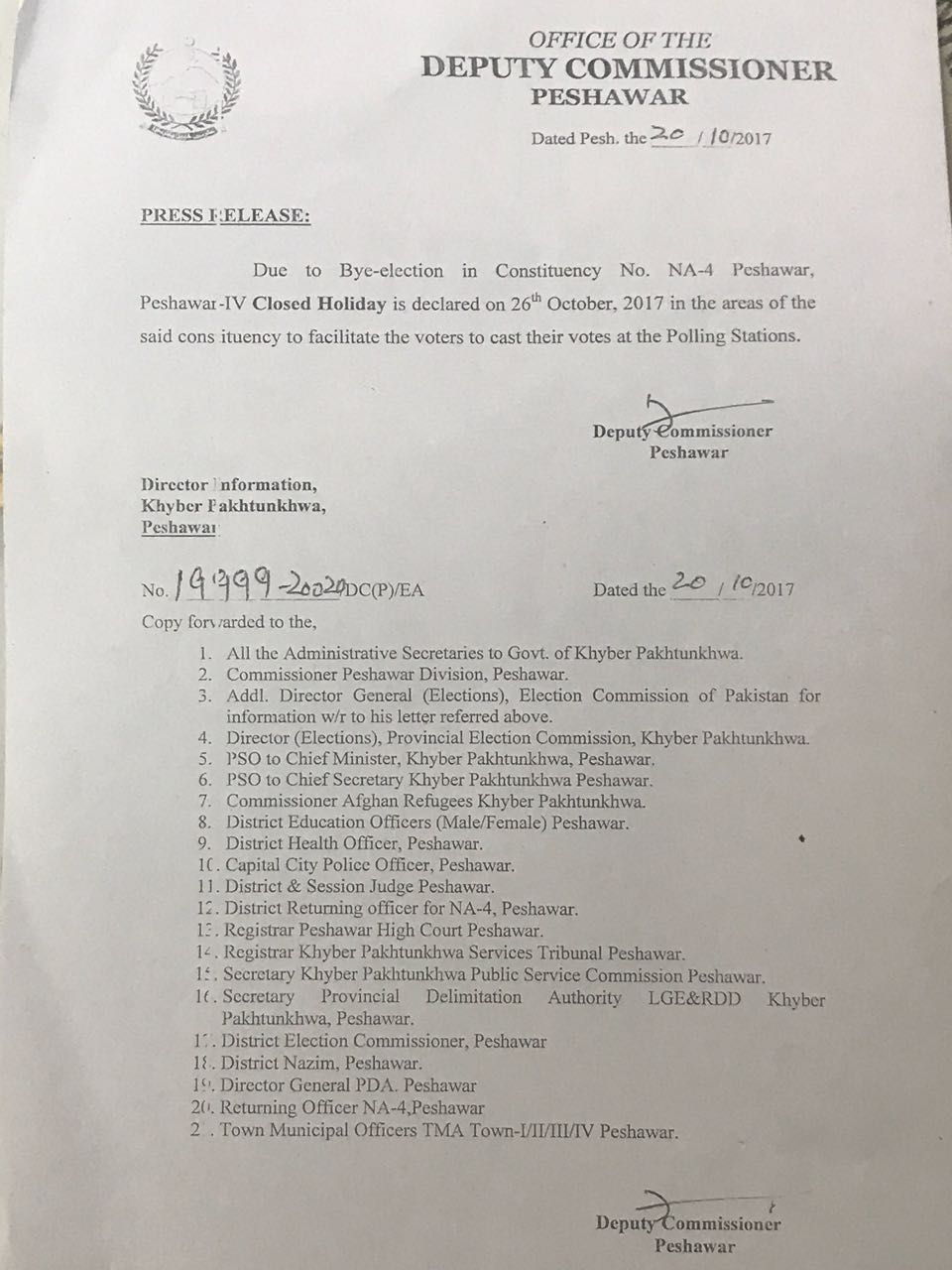 PESHAWAR, 23 October: The district administration has announced public holiday on Thursday, October 26 in NA-4, Peshawar to facilitate public to cast votes in the upcoming by-election.

According to the district administration’s announcement, all the educational institutes in the limits of the NA-4 constituency would be closed on the polling day.

The NA-4 constituency shares its borders with district Nowshera in the East and the semi tribal region of FR Kohat in the South and is stretched to the Kohat road area. It is mostly comprised of rural areas including Chamkani, Urmar, Badhber, Surizai, Mera Kechori and Mattani etc.

A total of 15 candidates are in the run for the National Assembly seat. However, the real contest will be among the major political parties. The ruling party in the province, PTI has fielded former nazim of Town-4 Arbab Amir Ayub. Mr. Ayub has recently joined the Imran Khan’s party.

Pakistan Muslim League-Nawaz has given ticket to its former candidate Nasir Musazai. Musazai has also been backed by JUI-F and Quomi Watan Party.

Almost all the political parties have geared up their election campaign and trying to gather maximum public support.