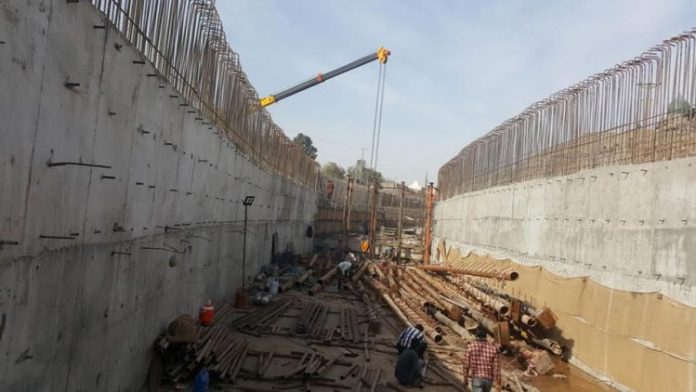 PESHAWAR: The public money was wasted through ill-planning and negligence in finalising the design of the Bus Rapid Transit (BRT) project in Peshawar, reveals a report of the Provincial Inspection Team (PIT).

The PIT has compiled the 27-page report on the direction of Khyber Pakhtunkhwa Chief Minister Mehmood Khan. The report mentioned that changes were made in the project due to flaws in feasibility study, drainage system, geo-technical report, highway report, structure report and traffic utility report. It said the ill-planning put unnecessary burden on the exchequer and the traffic system of the city was also badly affected.

The PIT report said the PC-1 of the project was formed disregarding the issues of noise pollution and people’s rights. It said no planning was made for the pedestrians using the routes along the BRT. According to the report, the toilets of the BRT are extremely sub-standard.

The PIT has also made some suggestions to improve the project for the benefit of the people. It has recommended accountability of the institutions responsible for ill-planning and improper execution of the mega project. It said proper traffic management plan must be introduced to facilitate the citizens. The report said the bazaars of Board, Tehkal and Abdara must be shifted to some suitable locations. It recommended three-lane road, instead of four-lane and making speed-breakers for managing the flow of traffic. It said the drainage system must also improve. It said arrangements should be made for the elderly persons for crossing the road.

The report also raised questions on the quality of the work, mentioning that cracks have already started developing in the structure. It recommended technical help from the University of Science and Technology to resolve this problem.

The chief minister had made an announcement that he will conduct an inquiry into the reasons of delay into the BRT project. The concerned officials have not confirmed receiving any orders in this regard so far.