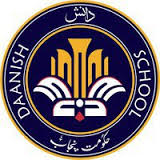 PESHAWAR, 14 May: The Punjab government has decided to give admission to 30 students from FATA and frontier regions in Daanish Public School.

The Punjab government will announce the names of successful candidates on 1 June. The students who get admission in the school will get free of cost education, hostel, transport facilities and scholarships to meet their other expanses.