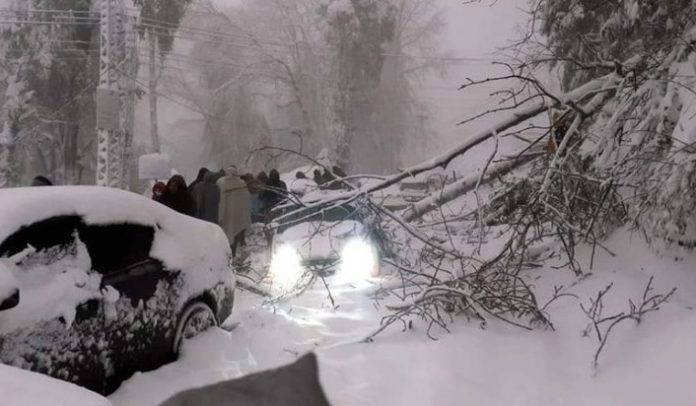 Punjab government has formed a probe committee to investigate the causes and lapses that led to death of 22 tourists during a snowstorm in the Murree.

During his visit to the Murree, Punjab chief minister Usman Buzdar announced financial assistance of Rs 800,000 for the families of the all the victims, who died stranded in their cars.

Mr Buzdar said that a committee headed by the Additional Chief Secretary Punjab will investigate the matter. Besides he also announced to give the district status to the Murree.

In addition to this, he also announced setting up two new police stations as well as two parking plazas in the hill-station.

In addition to this, relevant authorities also presented initial report of the Murree snowstorm’s incident to the chief minister.

It said that 22 stranded people died in their cars due to carbon monoxide poisoning.  On the other hand, fallen tree trunks blocked traffic on at least 16 places.

The report said that the authorities also evacuated nearly 21,000 vehicles from the hill-station. Mr Buzdar expressed his annoyance over allowing more vehicles than the capacity in Murree.