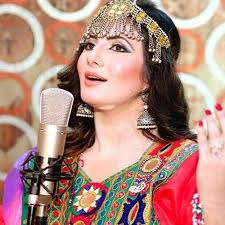 RAWALPINDI: Pushto folk singer Nazia Iqbal has requested the public to support her in providing justice to her daughters.

She had registered a case against her brother in Rawat Police station under Section 376 (punishment of rape) and Section 506 (punishment for criminal intimidation) of the Pakistan Panel Code (PPC), however, she is seeking justice for her daughters.

SHO Rawat police station Inspector Sheikh Khizar had reported that the initial medical reports of the two girls confirmed that both girls were subjected to rape and DNA samples were sent to Lahore Laboratory for further probe.

A video message was shared with media persons in which she had urged the public to keep supporting her till justice is prevailed.

In her video message, Nazia lamented that she is a mother and has seen her brother raping her two young daughters which is quite horrifying for her.

She said that she wants her daughters to not question her when they are grown up.

Nazia also revealed that the medical tests of both daughters are positive and she is waiting to get another medical report that has been sent to Lahore. After the report is issued to her, she plans to hold a press conference against the arrest of her brother.

The accused Iftikhar Ahmed had raped Nazia’s 8-year-old and 12-year-old daughters at her house when she was busy. However, he was caught red handed by her and fled the scene.