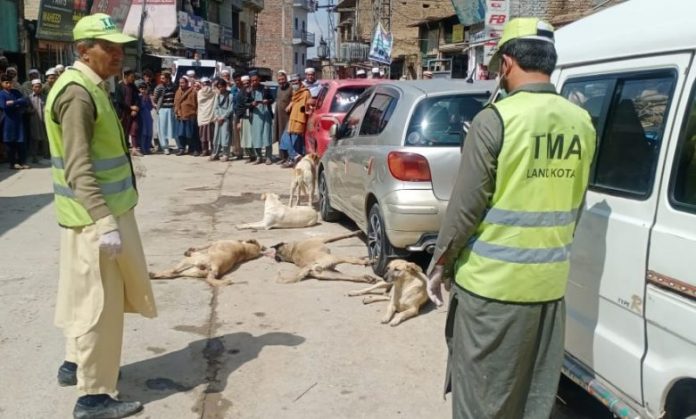 LANDIKOTAL: The Tehsil Municipal Administration (TMA) in Landikotal area of Khyber tribal district has launched a campaign to kill stray dogs by poisoning them.

Shahbaz Khan said some people in villages leave stray dogs in the city area which trouble the people of the city. He said action would be taken against any person seen bringing a stray dog to the city. He said several incidents of dog bites were reported in Landikotal city and the citizens had lodged several complaints in this regard with the TMA. The TMO said treatment for dog bite is expensive and not available particularly in rural areas. He said a child also reportedly died in Landikotal after dog bite. He said poison was brought from Peshawar for killing the dogs.

Waqar Afridi, a local resident, said stray dogs had made the lives of citizens difficult in Landikotal Bazaar. He said some people cannot look after dogs in villages and they bring them in sacks and leave them in the city area which then becomes a headache for the city residents and traders.