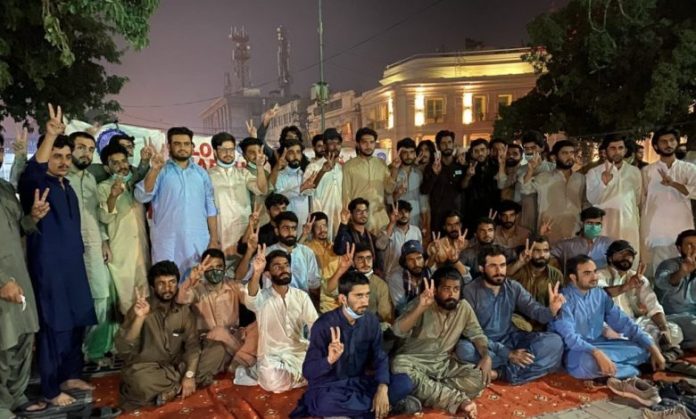 PESHAWAR: The protest of students from merged tribal districts outside the Governor House of Punjab bore fruit as the governor has announced to restore admission quota and scholarships for these students in the universities of the province.

The students from merged tribal districts of Khyber Pakhtunkhwa, Balochistan and Gilgit-Baltistan were holding protests for the two months against closure of their admissions through quota system and scholarships in Islamia University Bahawalpur, Bahauddin Zakariya University Multan, Government College University Lahore and other universities of Punjab. The protests had culminated into a sit-in by students outside the Governor House in Lahore.

Punjab Governor Muhammad Sarwar, who is also chancellor of public sector universities, on Saturday night held a press conference and announced to restore the admission quota and scholarships in the universities of the province for students of merged districts, Balochistan and GB. The governor said the students who were sent back by the universities will also be called back and they will be given admissions in new sessions.

The governor said the syndicates of the universities had not taken him into confidence over the decision of closing scholarships and quota admissions. Therefore, he said, he has directed the universities to reverse the decision. The governor said there was no truth in the news about end of scholarships of old students. He said the old students will get scholarships according to the previous procedure. He requested the students to end their protest after acceptance of their demands.

The public sector universities of Punjab had closed the scholarships and quota admissions of students on the plea that they were facing financial crisis and the provincial government and Higher Education Commission (HEC) were not extending any help to them to come out of difficulties.

At the time of merger of erstwhile Fata with Khyber Pakhtunkhwa, the federal cabinet had decided to double the quota of merged districts in the healthcare and educational institutions. However, some universities in Punjab even ended the existing quota of student which resulted into protests by the students.