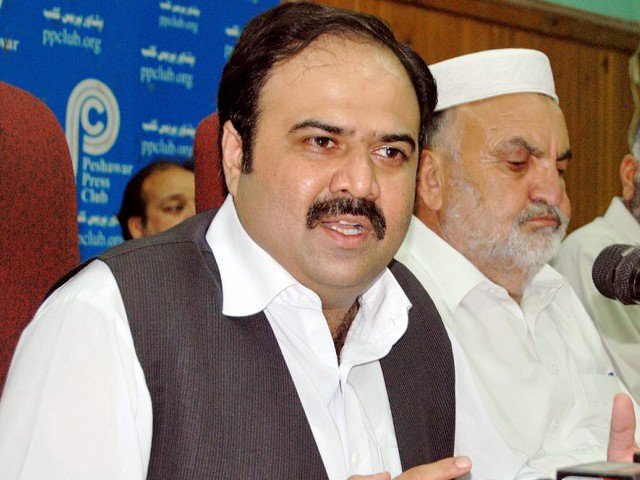 PESHAWAR: The Qaumi Watan Party (QWP) leader and former senior minister Sikandar Hayat Khan Sherpao on Thursday said that the government should expedite the process of mainstreaming the newly merged tribal districts in the true sense.

He was talking to a delegation of the Human Rights Commission of Pakistan (HRCP) comprising Ghazi Salahuddin, Hani Jilani and Parveen Soomro.  Sikandar Sherpao also expressed concern over the deployment of the army during the upcoming election for the Khyber Pakhtunkhwa Assembly in the tribal districts.

He alleged that ahead of July 20 election in tribal districts, the prime minister and ministers had started visiting the merged districts to announce uplift schemes which are tantamount to pre-polling rigging.  The QWP leader expressed that though the tribal areas have been merged into the province, the government has not paid any heed to solve the issues being faced by the local population.

“Lack of political will and power struggle among some quarters had created a vacuum on the ground as they were unwilling to relinquish their power,” alleged the Qaumi Watan Party leader. “The government could not iron out a strategy to ensure service delivery and address the grievances of the common man.”

Sikandar Sherpao once against alleged that there is no level playing field being provided to all the candidates in the tribal districts ahead of July 20 elections.  The QWP leaders accused the Pakistan Tehri-e-Insaf (PTI) for making all efforts in order to pave the way for the victory of its candidates. Sikandar Sherpao also expressed concern over the violation of the human rights in the merged districts and said that his party would spare no effort to promote human rights and stand by the oppressed.

The first ever election in tribal districts is scheduled to be held on July 20 on 16 provincial assembly seats.