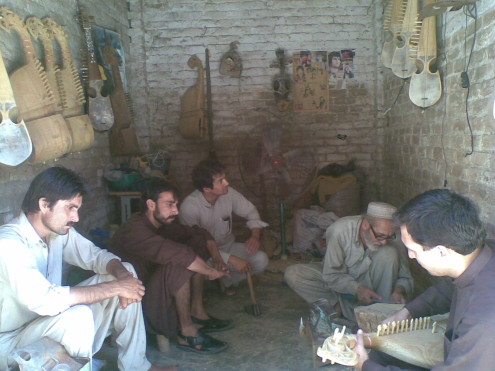 MINGORA, July 31: Rabab, a musical instrument that resembles guitar, is considered an important part of Pashtun culture and it is also called the king of sweet rhythms.

The Rababs, made in Swat, are famous in Pakistan and in foreign countries, especially United Arab Emirates.

A Rabab player in Swat, Samiullah, told TNN that Rabab is also played with English songs.

The instrument, which is also called Rubab, is national music instrument of Afghanistan. The name is derived from the Arab rebab, which means “played with a bow”. However, the Central Asian instrument is different in form. This musical instrument is mainly used in areas of Pashtuns, Tajiks, Kashmiris, Balochis and Iran.