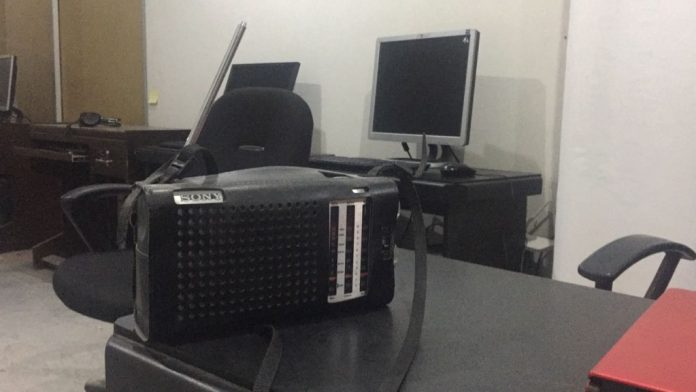 PESHAWAR: In the current era of social media, the whole world has shrunk, while this fast developing world has also brought some troubles. Inventions are always the outcome of positive thinking, but the good and bad results of these inventions always depend on intentions of the user.

Media is also changing fast with technological advancements, but still radio has maintained its unique position due to its quality of being the easiest mean to covey news feed.

In the beginning of the 20th century, radio was the most effective mean to access information. During that time, the radio subscribers were very fond of hearing commentaries. Women used to hear film songs and dialogue programs, while kitchen and gardening were also important topics of interest. But the most important item was the news and current affairs.

One feature which is still intact is more popularity of radio medium in rural areas as compared to urban areas. Now almost everyone in the cities has got access to smartphones with the help of which they are also accessing FM radio channels.

Although subscribers of other media may believe that the era of radio is over, but the fact is that many people, particularly the elder ones, still prefer this medium. At the time of independence of Pakistan, there were only three radio stations in Pakistan – Lahore, Peshawar and Dhaka – but now this number has increased to such an extent that even counting of the radio stations seems to be difficult. Radio medium is still the backbone of Pakistani media and it is performing its role of information, education and entertainment in a befitting manner.

One of the main reasons of survival of radio medium is its quality of adaptation and embracing modern technology. Radio has fully utilised the social media and many FM channels are sharing their programs on Facebook and other social media channels.

Radio channels like the NPR of the US still enjoy the position of being the voice of people. Unfortunately in Pakistan, people criticise radio of being unable to gain the same status. This is mainly because some channels just waste most of their time on advertisements about hakeems and beauty tips and less time is given to public issues.

In the prevailing circumstances, Tribal News Network (TNN), which is based in Peshawar, is making efforts to ensure timely dissemination of authentic and credible news to audience and also hold debates on public issues. The issues of merged tribal districts and weaker segments of society are the special focus areas of TNN. The channel is also organising training sessions to enable the youth to become their own representatives.

TNN has also imparted training to 12 female journalists who will produce a special program for women from the platform of Watan Radio Mardan. The training programs of TNN range from ethical journalism to physical and digital security. I was also among those 12 girls who got training from TNN. Although I had a journalism degree, but I didn’t know about its real worth until I joined TNN. Now I am well aware of the basic reporting requirements and principles.

The training program proved to be a treasure trove of information, but what I liked the most was the final training about “Self-defence and mental health” by Syed Tahir Mehmood. We were trained about tackling different difficulties during reporting. The information provided in the training was not only helpful in journalism career, but normal life as well. Now I am well prepared to go to the reporting field and perform my duties in a befitting manner.