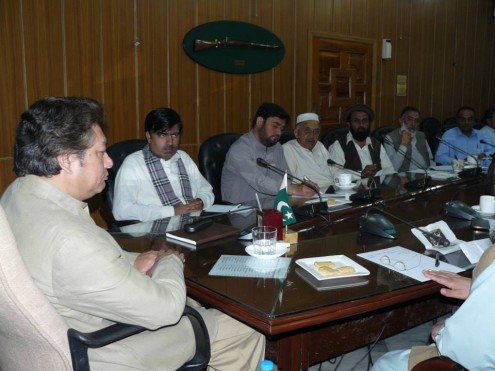 PESHAWAR, November 15: The Federally Administered Tribal Areas (FATA) Secretariat has announced to launch radio stations in every agency of the FATA region.

In a meeting with a delegation of tribal journalists, Azam Khan, the additional chief secretary of FATA Secretariat, said that the main production room of all of the FM radio stations would be situated within the premises of FATA Secretariat. Along with the entertainment programmes, the locals would also be updated with the news, he added.

The additional chief secretary said the political agent of every agency would take live calls on the radio to answer the questions asked by residents of the area on weekly basis.

He claimed that people from the tribal areas would not only find a platform to voice their complaints but the journalists would also get employment due to the establishment of the radio stations.

However, the administrative head of the FATA Secretariat did not give any specific date and time for starting the radio stations.

In the past, there were several radio stations in FATA, which had much liking and audience; however, those stations were closed due to shortage of funds. The tribal journalists have appreciated the government’s decision to launch radio stations all over FATA.