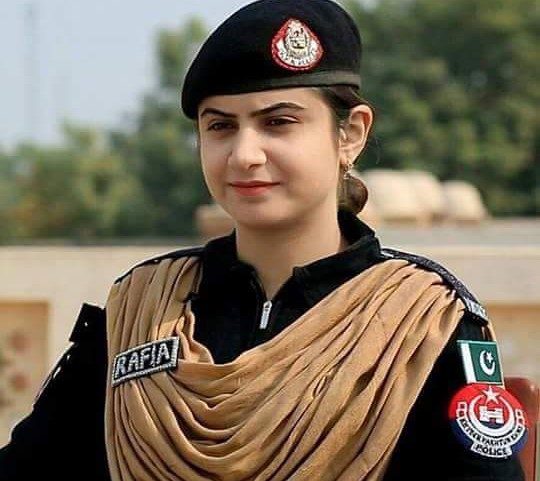 PESHAWAR, 06 December: Rafia Qaseem is the first woman police constable who volunteered to become a member of the bomb disposal unit in the Khyber Pakhtunkhwa police.

After successfully completing her training, the 29-year old Rafia will become the Asia’s first policewoman to defuse bombs and explosives, which is usually considered a man’s job.

According to police officials, Rafia has joined the School of Explosives Handling in Nowshera and she had been taking her classes regularly.

“She will be taught about different types of bombs for a couple of weeks and later she will learn how to dispose of bombs,” a police official told TNN.

Rafia Qaseem, while talking to TNN said she was very happy to be the first woman who volunteered to be part of the bomb disposal unit.

“I have not seen a woman in BDU in Pakistan and the Asia. I wanted to prove that Khyber Pakhtunkhwa’s women are brave enough to tackle explosives. I will work for my country and it will be a matter of pride if I sacrifice my life for the country,” she remarked.

Rafia, a resident of the metropolis city, was inducted in the Khyber Pakhtunkhwa police as constable in 2009. She has completed two masters in Economics and International Relations and is now during her LLB from the University of Peshawar. She also aims to appear in the competitive exams. Rafia got fame after singing a national song on Police Martyred day.