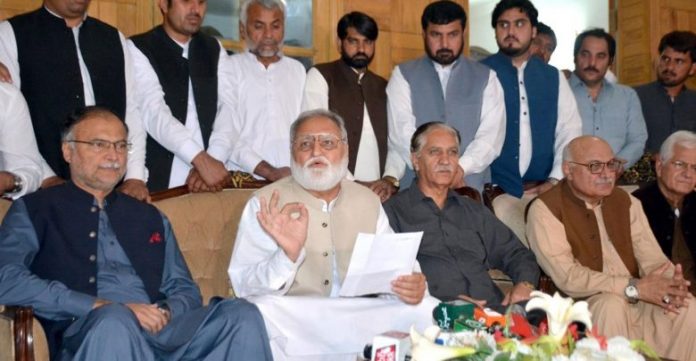 PESHAWAR: The Rahbar Committee of option parties has announced end to the sit-ins in different parts of the country led by Jamiat Ulema-e-Islam-Fazl (JUI-F) against the government.

The Rahbar Committee Convener Akram Khan Durrani said at a press conference on Tuesday that the committee reviewed the prevailing situation in the country during its meeting. He said the government is puzzled after the Azadi March of opposition parties led by the JUI-F and travel of former prime minister Nawaz Sharif abroad for medical treatment. He said the speech of Prime Minister Imran Khan after travel of Nawaz Sharif was a sign of frustration.

Akram Durrani said the nine parties in the Rahbar Committee reiterated their demands of resignation of Prime Minister Imran Khan and free and fair elections. He said there are nine parties in the Rahbar Committee and differences on some issues are bound to happen. However, he said, all the opposition parties supported the JUI-F during the Azadi March at different stages.

Akram Durrani said the government has been pushed to the wall and now no plan is needed after Plan-B of the JUI-F. He said the decision to end Plan-B was taken keeping in view the difficulties of transporters and traders due to blockage of roads. He claimed that the government is now finding it difficult to find ground and it is collapsing.

Earlier, while addressing the participants of the sit-in in Bannu, Fazlur Rehman said the days of the government are numbered and it is bound to collapse. He said the JUI-F achieved the desired objectives from the Islamabad sit-in.