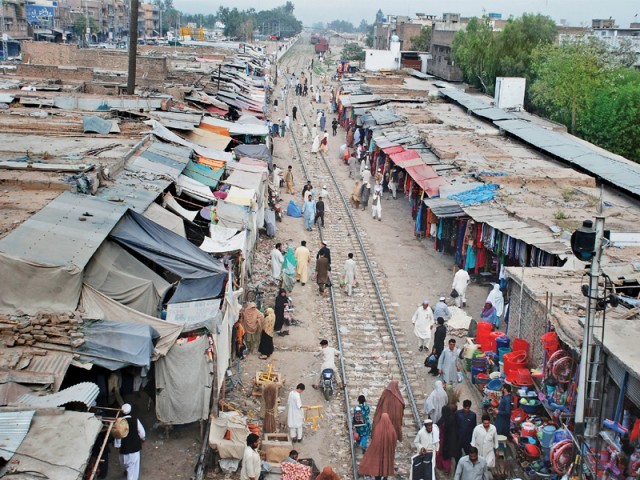 PESHAWAR, November 6: The Pakistan Railways has refused to give land to the Khyber Pakhtunkhwa government for the proposed Metro Bus Service.

Sources in the Railways say the department cannot give a no-objection certificate (NOC) for use of railways lands for the peoject because it plans to set up a double railway line from Peshawar to Karachi, for which a survey is also in the final stage.

The Khyber Pakhtunkhwa government has decided to approach the inter-provincial coordination committee to resolve the issue.

The vice chairman Board of Investment, Mr Mohsin Aziz, said that the federal government wanted to play politics on the project. He added that even if the rail track was doubled, a route for the Metro Bus could be set up.

Recently the provincial government has announced to start construction of a road for Metro Bus along the railway track from Chamkani area up to Hayatabad township in the provincial capital. The project will cost approximately 14 billion rupees.