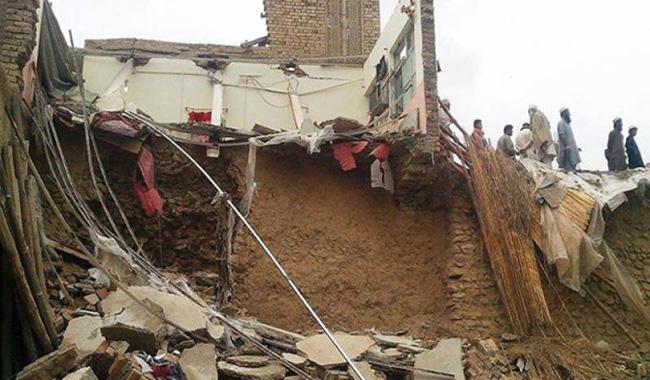 PESHAWAR, 28 July: At least nine people died and as many injured in rain related incidents in Khyber Pakhtunkhwa, a spokesman of the provincial disaster management authority (PDMA) said here.

According to the spokesman roof of a house collapsed in Abbotabad where three people including two minors were killed and two others injured. The spokesman added that another house was also partially damaged due to rain in the district.

Similarly, three children were swept away by flood water in Wari area of district Dir Upper. Local police said villagers rescued one child in injured condition while the other two were found dead.

In Batagram, Tale Zar and his wife drowned in flood water while they were reaping grass on river bank. Their bodies were retrieved by local people.

The PDMA spokesman further informed that two people were also killed in Shangla district of the province. Besides, six people were injured in Kohistan due to flash flood.

A total of five houses in different districts were completely damaged while one was partially damaged.