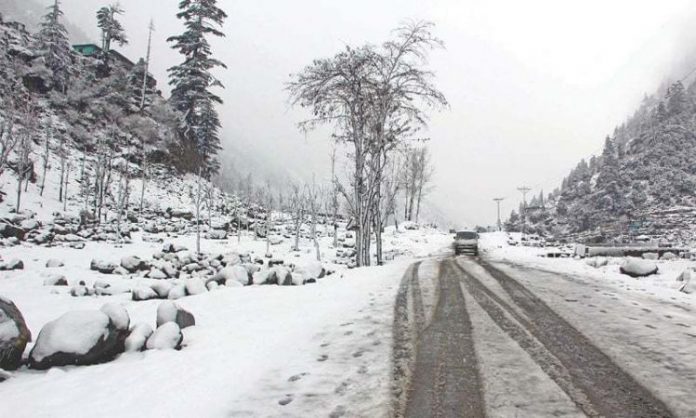 PESHAWAR: Pakistan Metrological Department has forecast a new spell of rain in plain areas of Khyber Pakhtunkhwa, including merged tribal districts, and snowfall in mountainous areas.

The Met Office said the new spell of rain and snowfall is expected to continue till Sunday. It said land sliding is also expected in Malakand and Hazara division during the next two days.

The PDMA said the availability of small and heavy machinery to remove snow from the roads will be ensured. It said maximum efforts will be made to keep the tourists away from trouble.

The DG PDMA said the emergency operation centre is fully functional. He said people can inform the PDMA about any emergency situation on phone number: 17200.

Addressing a meeting over digitisation strategy at the CM House, the chief minister said digitisation is being carried out in KP as part of the Digital Pakistan Initiative to improve service delivery with replacement of out-dated systems.

The chief minister hoped that the digitisation will help in getting rid of official red-tapism and matters will be processed quickly and people will get benefit.

Mehmood Khan said digitisation is inevitable to compete with the contemporary world in this modern era of science and technology. He said KP is taking a lead in this regard and other provinces will follow the example of KP to introduce digitisation.

The meeting was told that the digitisation process is a mega project which will be completed in different phases. The process will start from the CM Office where summaries will be sent through the new system and then the process will be extended to other departments.

The meeting was briefed that digitisation process will be provided to all administrative secretaries and departments in the second phase under a comprehensive strategy.